We are placing this commemorative brick along the Path of Remembrance in honor of our father, Tec 4 William Marvin Burns, Jr., who served stateside in the Army during World War II from 1942-1946. He was drafted in 1942 in Alabama and become part of the 104th Infantry Division, Timberwolves. The Army selected him for the ASTP (Army Specialized Training Program) at Stanford University, in which he attended for a time before being transferred to The Engineering Training Center at Ft. Lewis in Washington. He also served in two service commands. While stationed at Camp Perry, Ohio he was part of the military police guarding German Prisoners of War (POW). Many times he recounted his experiences playing checkers with the POWs while stationed there. He finished his wartime service processing discharges for fellow soldiers at Camp Atterbury, Indiana. We hope the future generations of our family will come to know the legacy of their ancestor’s military service during World War II and be proud he was part of the Greatest Generation. 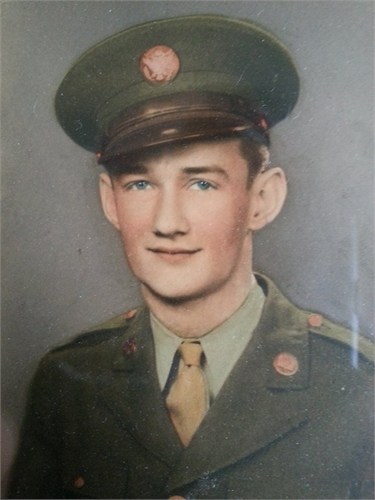