Lee “Junior” Taylor was born January 20, 1925, and was raised in Middletown, Ohio with his six siblings. He worked at a local grocery store and his father, mother and sisters worked at various defense plants. His older brothers were at war fighting the Japanese in the Pacific. In May of 1943, Lee joined the United States Army and was sent to Camp Shelby Mississippi for basic training. He graduated basic training as a rifleman and was assigned to the 69th Division. At some point in 1944, Lee volunteered to join the Ranger Battalion. He was sent to Europe as a replacement for the 2nd Ranger Battalion, “F” Company. In September of 1944, while in the 2nd Ranger Battalion, PFC Lee J. Taylor was awarded his Combat Infantryman’s Badge. In December of 1944, the 2nd Ranger Battalion was sent to Bergstein, Germany and ordered to assault Hill 400 which was heavily defended by battle hardened German troops. The Germans fought hard to keep Hill 400 but the Rangers captured it at 0830 on December 7, 1944. After two days and nights of viscous German counterattacks and deadly artillery fire the 2nd Ranger Battalion was relieved from Hill 400 at 0615 on December 9, 1944. Only 22 Rangers remained to walk down that hill. Ranger causalities amounted to 110 wounded or captured and 23 killed. PFC Lee J. Taylor was one of those Rangers killed in action at Hill 400 on December 7, 1944 His remains were returned to his home town in 1949 where he was laid to rest in the veterans section at Woodside Cemetery, Middletown, Ohio. 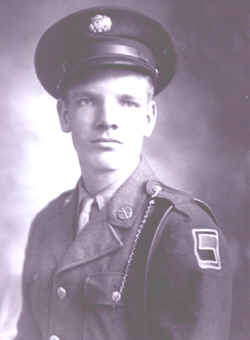 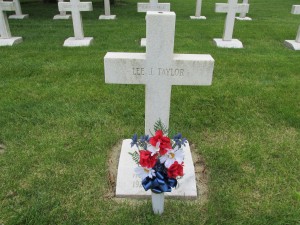