Master Sergeant William Vincent Mallernee, of Lovington, Illinois, adopted me when I was two years old. He served in Europe during the Second World War and in Eighth Army during the Korean Conflict. Married, and the father of six children, he served diligently as a Steward in the Methodist Church, was a member of the Masonic Order, and supported an orphanage. After he retired from the Army, and I grew up and became a soldier, I learned that when I went to Viet Nam, I was the same age my father was when he landed on the beach at Normandy, and when I was in Korea, it was exactly twenty-five years after my father had served there, and both of us were in Eighth Army. After my mother died, he married Alma Capps, who was also a Second World War veteran, having been among the first women to enlist in the newly formed Women’s Auxiliary Army Corps. My father passed away in 2001, shortly after the enemy attack on New York City and Washington, D.C. 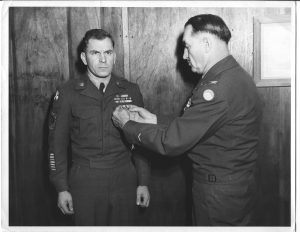 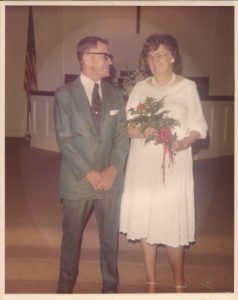