Colonel (Retired) James M. Waring honorably served on Active Duty in the U.S. Army from September 1981 until January 2009. He comes from a long line of family members that served in the U.S. military dating all the way back to the Revolutionary War. His father, Colonel M.L. Waring Jr. served 30 years in the U.S Army and is a decorated Vietnam Veteran. James Waring’s oldest son Erik C. Waring served in the U.S. Air Force continuing the Waring family tradition of service to our country. During his military career COL Waring served as a Field Artillery officer, commissioned out of Virginia Military Institute — a fourth consecutive generation graduate of VMI. He held leadership and command positions from Platoon through Brigade level command. Waring served as a Battery Commander in the 101st Airborne Division during the Gulf War/Operation DESERT SHIELD/STORM in 1990-91; Operation DESERT THUNDER in Kuwait as a Division Artillery Operations Officer, 3d Infantry Division; as a Battalion Task Force Commander in the 1st Infantry Division in Kosovo, KFOR 1A-Operation JOINT GUARDIAN II 1999; and as Commander, 19th BCD based out of Al Udeid, Qatar in support of CENTCOM Operations OIF/OEF and HOA — among many other operational assignments during his service. Colonel Waring’s awards and decorations include the: Defense Superior Service Medal, Legion of Merit, Bronze Star Medal with OLC, Defense Meritorious Service Medal and Army Meritorious Service Medal with 3 OLCs among others. He also earned the U.S.Army’s Ranger Tab, Airborne and Air Assault Wings. This brick serves as a small memento of recognition of Colonel James M. Waring and his family’s commitment and service to the U.S. Army and our Nation. “Soldier for Life”! 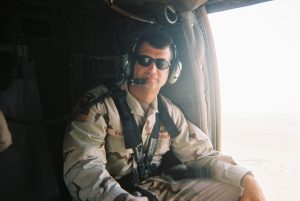 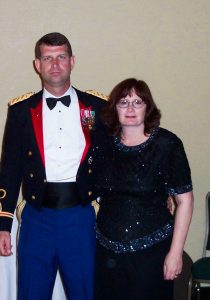