To be an American Soldier was my “calling.” As far back as I can remember I wanted to be a “Soldier.” As a young boy, I listened in awe to my Uncles experiences in World War II. I was so “Gung Ho” my Mother use to say, “I was not born, I was issued!” I attended New York University and majored in ROTC (Reserve Officers Training Corps), at least that’s the way it seemed to me though the university had me in the School of Education. One of the most enduring memories I have was being selected as the cadet aide to General of the Army Omar N. Bradley. I was introduced to the general and then escorted him and his entourage to meet with the university president. Unfortunately, I did not have an opportunity to talk with the general…I had a million questions! I graduated from New York University’s ROTC as a Distinguished Military Graduate (DMG) and commissioned 2nd Lieutenant, Regular Army (RA), on 31 January 1967. Branch designation Armor. My first unit of assignment was to K Troop, 3rd Squadron, 3rd Armored Cavalry Regiment (ACR), Kapaun Barracks, Kaiserslautern, Germany. We were in the midst of the Cold War with the Soviet Union and heavily engaged in counterinsurgency operations in South Vietnam. During my first assignment I was constantly in the field undergoing tactical training at platoon, troop and squadron level exercises; conducting annual tank gunnery qualification at the 7th Army Training Center at Grafenwoehr; and, relieving other cavalry squadrons on the East German border so they can conduct their own unit field training exercises and tank gunnery qualification. Our mission to protect the border brought home the reality of the cold war. I believe this was the best assignment I had in the Army where I truly learned my skills as a cavalryman and tanker. The 3rd Armored Cavalry Regiment was designated as my permanent unit of assignment when the Army instituted the “Regimental System.” From Europe I went to the Army’s Rotary Wing Aviator Course (Flight School). The primary course was at Fort Wolters, Texas and advanced instruments and tactical training at Fort Stewart, Georgia. After graduating flight school I served with the 11th Armored Cavalry Regiment, 2nd Squadron Aviation Section and later in the Headquarters and Headquarters Troop (HHT) Regimental Aviation Platoon. I was involved in three campaigns in Vietnam to include the famous “Sanctuary Campaign in Cambodia” in May and June 1970. This was a campaign conducted to interdict and destroy the North Vietnamese bases of operations and flow of troops and supplies along the Ho Chi Minh Trail, which snaked through the jungles from North Vietnam, Laos and Cambodia into South Vietnam. From Vietnam I attended the Armor Officers Advanced Course at Fort Knox, Kentucky. After completion of the advanced course I was assigned to the 2nd Battalion 34th Armor, 3rd Brigade, 4th Infantry Division, stationed at Fort Carson, Colorado. I served as C Company Commander and then Battalion Operations and Training Officer (S-3). After two years I was reassigned to 3rd Squadron, 7th Cavalry, 3rd Infantry Division, stationed at Conn Barracks, Schweinfurt, Germany. I was assigned to the Air Cavalry Troop (D Troop). After one year D troop was reconfigured into an Attack Helicopter Company and re-designated as A Company, 3rd Combat Aviation Battalion (CAB). We received new “S” model Cobra’s that fired the Tubular launched Optical Wire guided (TOW) anti-tank missiles. This was the first newly activated Attack Helicopter Battalion in U.S. Army Europe. Our mission was to support the division in defensive operations against a Warsaw Pact attack into West Germany. My active Army career extended twenty-five years. I retired from the Army Staff on 31 August 1991 at Fort Myer, Virginia. The hardest and most intense years of my military career were the early years, as a young lieutenant and captain. I emphasized these years because the assignments were what being a soldier is all about, being in combat units and serving with troops. They also were the most exciting years which truly tested me as an individual, as a leader, and as a soldier! Why My Brick? I served my Army and my Country for almost 50 years in the capacity as a Soldier; Department of the Army Civilian; and a contractor supporting the Army. The establishment of the National Museum of the United States Army is dedicated to telling the Army’s history and its relationship to the American people through the eyes of its soldiers. My service and that of the millions of Americans who served in our Army throughout our nation’s history will be preserved within the museum with pride and dignity. The American people must never forget what our country stands for and the sacrifices of the few to preserve our way of life! Soldiers fight to preserve our nation, what it stands for, and for each other! As written on my brick to forever instill these ideals for anyone who reads it, “Lest We Forget” and “Army Strong!” I am an American Soldier and a patriot to the core. This is how I wished to be remembered, “I am a Soldier for Life.”

“Why my brick?” Testimonial Page. 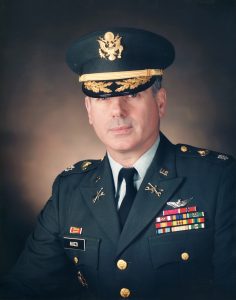