The granite plaques honoring Army units have become one of the most popular personalized Soldier recognitions at the Museum. These Unit Tributes line the Path of Remembrance, which every visitor walks as they approach the Museum’s main entrance. Read some of the reasons why Army veterans and their loved ones have sponsored these timeless honors for their units. If you are interested in a unit tribute, visit armyhistory.org/unit-tributes. 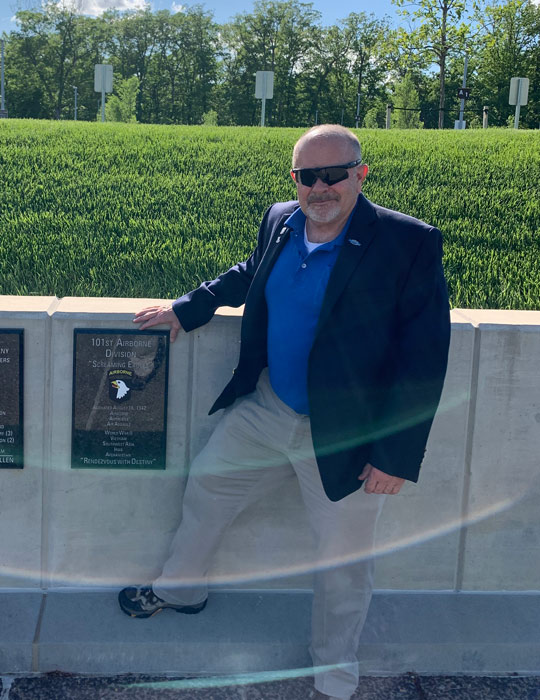 “Association Executive Director Randal Underhill started posting the link for donations and a photo of the draft unit tribute on the Association’s social media pages and within weeks the $5,000 goal set to fund the unit tribute was reached. The short time needed to reach the goal is a testament to the proud Screaming Eagles, as well as the reputation of the storied unit.” 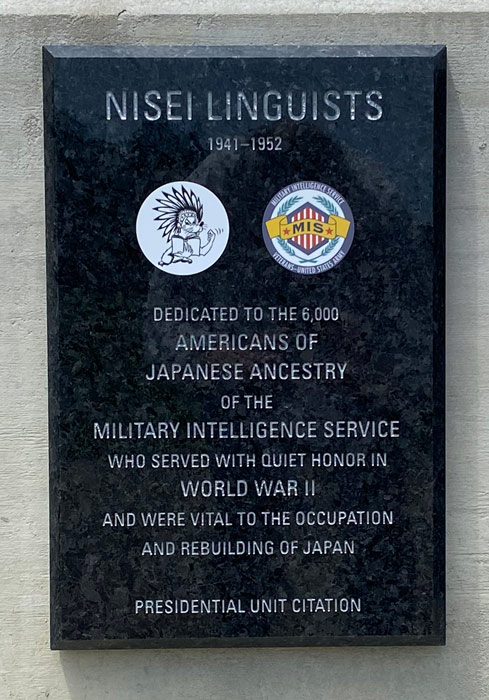 “There is no better place than the National Museum of the United States Army to recognize and honor the service of Americans of Japanese ancestry who waged war against their fathers’ homeland in World War II as part of the Military Intelligence Service. Six thousand of them used their knowledge of the enemy’s language and culture to serve as the eyes and ears of U.S. and Allied forces in the war against Japan. They saved countless lives and helped hasten the end of the war. After the fighting ended, they were instrumental in the peaceful occupation of Japan and rebuilding that nation as a modern democracy and staunch U.S. ally.” 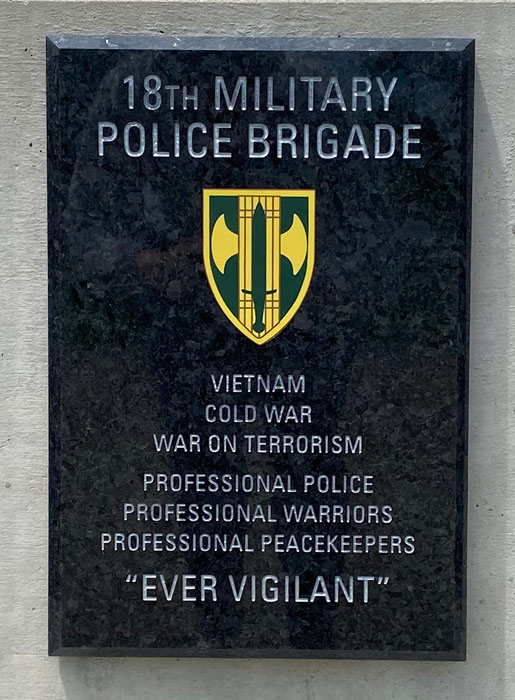 “[My father and I] attended the dedication of the World War II Memorial in Washington, DC. After the formal ceremony, the crowd broke up and began to explore the displays. My dad immediately began searching the various panels for mention of his unit, the 44th Infantry Division. Here we were, more than 60 years after he went ashore at Normandy, and he was earnestly searching for the story of his unit. I hope veterans and interested family members will feel the same attraction to the plaques honoring the 18th Military Police Brigade and the 82d Military Police Company when they visit the National Museum of the U.S. Army in years to come.”

“The 240th Assault Helicopter Company has numerous extraordinary stories about the Vietnam War and for the most part, those stories have not been heard outside the ranks of the 240th. The unit remains very close-knit and our pride in being one of the best that served in Vietnam is known by those who depended on us.

This plaque is to honor and keep the memories alive for the 38 – 240th members lost during 4 years of service in Vietnam.”