Mrs. Emma-Jo Davis, or as many knew her, Jody, was an innovator and trailblazer in the preservation and promotion of Army history. After leaving her career in education in 1961, Mrs. Davis discovered her life’s new mission of safeguarding the legacy of the American Soldier.

She joined the Army’s civilian ranks and was named the Command Historian for the U.S. Army Transportation Center at Fort Eustis. She saw the potential of the modest U.S. Army Transportation Museum and raised the necessary funding to construct a new facility, which still stands today. It was the first of many transformations she would lead in the Army museum system.

In 1980, Mrs. Davis rose to Chief Curator of the U.S. Army, based at the U.S. Army Center of Military History in Washington, D.C. For more than a decade, she oversaw the 60 Army museums operating around the world. She set out to modernize each of the facilities and ensure they met heightened professional standards, just as she had done at Fort Eustis. To reach her goal, Mrs. Davis instituted professional training for staff, established the Army Museum System Certification program, and assembled a team of museum professionals to develop a system for ensuring accountability of the Army’s vast collection of artifacts, artwork, and other priceless pieces of history.

Each of the Army’s museums fell under their local command, but their artifact and art collection belonged to the Department of the Army, under Mrs. Davis’ charge. She established an automated system for tracking the collection and called for a state-of-the-art facility to maintain and preserve the treasures. True to her vision, the Army’s Museum Support Center opened at Fort Belvoir in 2011.

Mrs. Davis retired as an Army civilian in 1991, but returned to her mission in 1994 when she was named Vice President of the Army Historical Foundation—a position she held for 20 years. In 2000, shortly after the Foundation signed a Memorandum of Agreement with the Department of the Army to create the National Museum of the United States Army, Mrs. Davis began playing a vital role in the project’s development. With newly elected Board Chair, GEN Bill Hartzog, USA-Ret, Mrs. Davis led the raising of private funding for the Museum from 2001 to 2015.

Mrs. Davis was also instrumental in creating the design and future experience of the Museum, participating in planning meetings with both the Museum’s architect Skidmore Owings and Merrill (SOM), and exhibit design firm, Chris Chadbourne & Associates (CCA). One of those planning meetings developed the initial ideas for what is now the Army and Society Gallery, which is unique among military museums.

In January, Mrs. Davis passed away peacefully in Williamsburg, Va. Our Foundation family mourns her passing and is grateful for having known Jody so well. Mrs. Davis leaves behind a legacy that forever changed how our nation remembers its past and honors the contributions of the American Soldier. 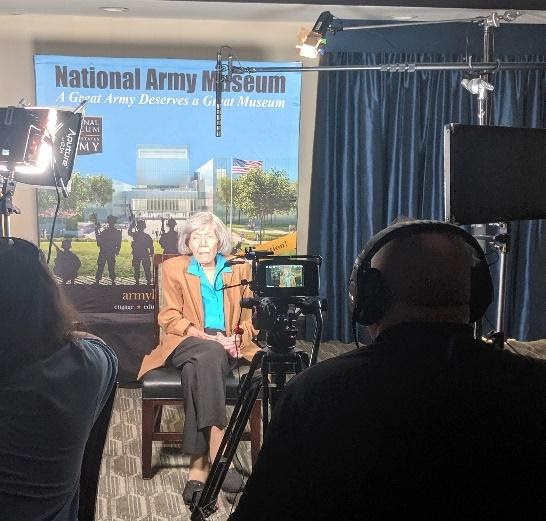 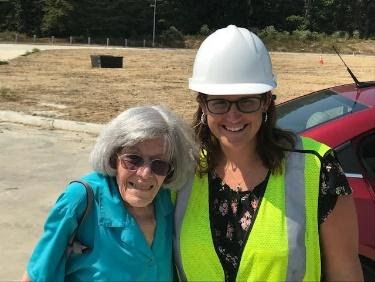 “Throughout her career, Jody championed and mentored women throughout the Army Museum System. Under her leadership, many women rose to senior positions, becoming curators and Museum directors. I was privileged to call Jody a colleague, mentor, and friend over the course of her time with our Foundation. She was an inspiring model for our entire team, particularly the women striving to follow her example. Jody called those involved in the project during the early years, “true believers.” Thanks to her long-standing loyalty and commitment to the project, she recruited enough “true believers” to ensure the vision of the Museum became a reality. We are forever grateful.”