On a crisp morning just before Thanksgiving, a crowd of Soldiers, Army veterans, and Army supporters joined more than 200 steel workers gathered on a construction site at Fort Belvoir to watch as the nal steel beam of the National Museum of the United States Army was lifted into place. The historic moment capped a year of tremendous progress building a place that will honor and preserve the service of the 30 million men and women who have served in the United States Army. The Army is our nation’s oldest and largest military service, yet it will be the last to see a national museum built to tell its entire history. 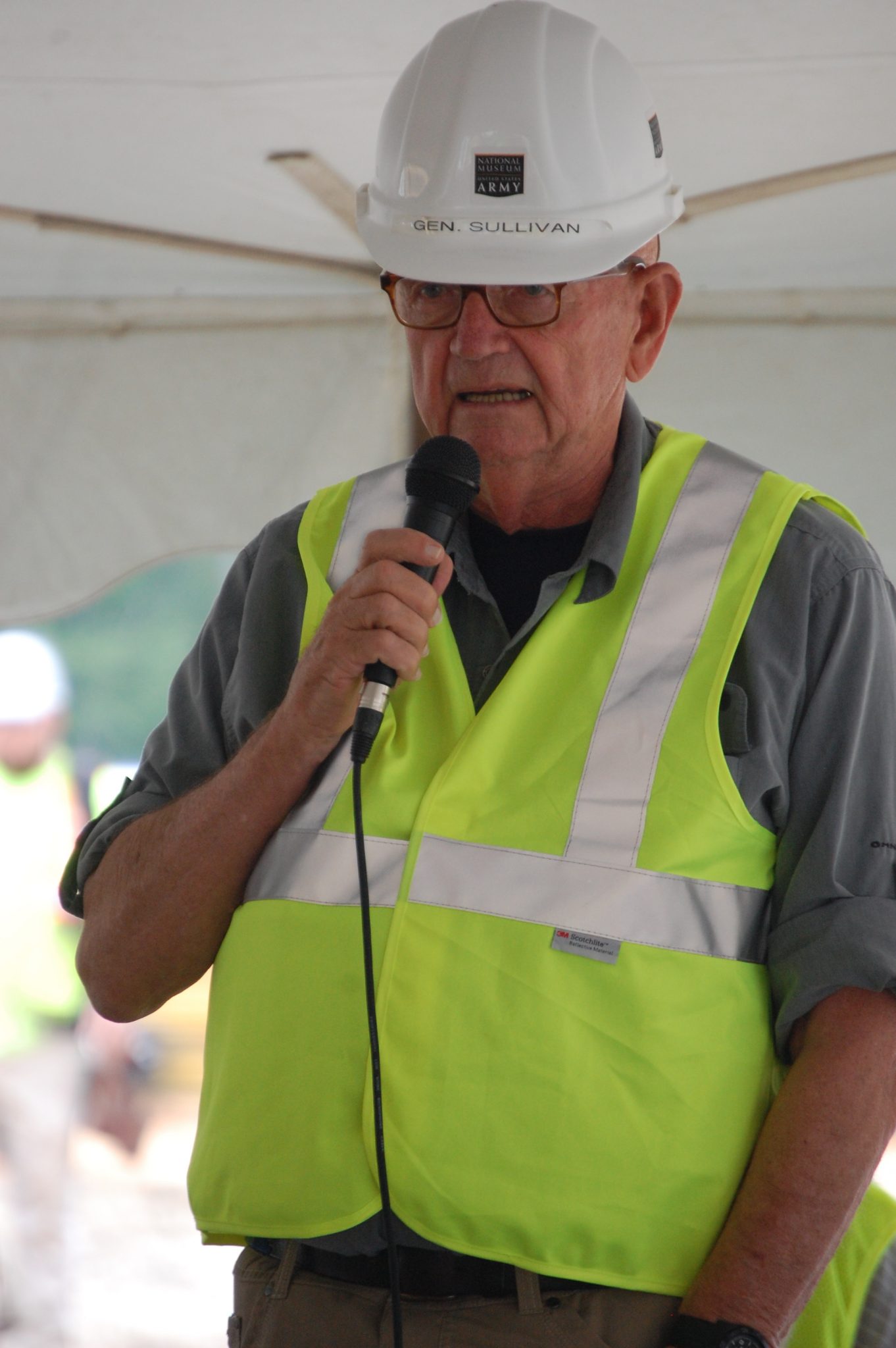 Standing up a national museum for the Army is long overdue. Fortunately, the support o ered to the project is growing every day. The Army Historical Foundation, which was designated by the Secretary of the Army to lead the campaign to build the Museum, has received more than 161,000 individual donations. The Association of the United States Army has been our most generous donor; and corporations, foundations, allied nations, and grateful Americans have all stepped forward to do their part. We appreciate that. We’re very close to making this Museum a reality, but we’re not there yet, so fundraising will—must—continue.

When the Museum opens in two years, it will be a national landmark that serves an important role in strengthening the fabric of the Army of the Army’s components and the Army veteran community. The Museum will provide a place for Soldiers and Army veterans to re ect on their time in uniform and connect with fellow Soldiers across generations. As they visit with loved ones and friends, the exhibits and galleries will help them explain their experience serving their country in a way that is not currently possible. The Museum will also have special exhibits and features dedicated to Army families in recognition of their service, and to the network of civilians who have served in support roles.

For the rest of America, the National Army Museum will be an educational institution that teaches how the Army was rst established to win our nation’s independence, and how it has gone on to shape nearly every major event in our country’s history. The more than 700,000 visitors who are expected to walk through the exhibits and galleries every year will gain a better understanding and appreciation of the Army’s invaluable role in our society and world. Additionally, they will learn of the Army’s contributions outside of conflicts, including peacekeeping and humanitarian relief missions, and in the fields of geography, science, technology, engineering and mathematics.

The Museum will hold some of the Army’s most treasured artifacts and compelling works of combat art. In fact, the rst four artifacts are already in place, and they are incredible pieces of our nation’s history. These artifacts, which are so large that crews had to build the Museum’s walls around them, include the only known surviving Renault FT-17 Tank used by U.S. personnel during World War I, a Higgins Boat that brought troops to shore on D-Day, the M4A3E2 Sherman “Jumbo” Tank that first broke through enemy lines during the Battle of the Bulge, and the M3 Bradley Cavalry Fighting Vehicle that led the charge from Kuwait to Baghdad in 2003.

The Foundation has also collected more than 116,000 stories of Soldiers, Army veterans, Army families, Army civilians, and support animals in our electronic Registries, which are currently hosted online and will one day be accessible from within the Museum. They are a free and easy way to see your story, or the story of a Battle Buddy or loved one, told in the Museum. I encourage all those who served or are serving to go to armyhistory.org/the-registries/ and enter their stories.

The National Museum of the United States Army will serve as our nation’s tribute to the U.S. Army. Please share information about this project with those who served. Encourage them to send us their stories. And let them know that their nation is building a place that will ensure their service is always remembered.