During World War II, he served as a Communications Chief with the 734th HQ Field Artillery Battalion in Belgium, France, Germany, and Luxembourg. One of his duties was as a courier to General Patton’s headquarters. On one of those missions, the GP (Jeep) he was riding in hit a roadside mine. He was awarded The Purple Heart for injuries he sustained. My father passed away in the summer of 2014. He never spoke much of his experiences, but I know that the five years he served in the U.S. Army were the proudest moments of his life. This Army Museum brick is my chance to forever honor his memory and also his dedication as a soldier defending the country he loved so dearly. 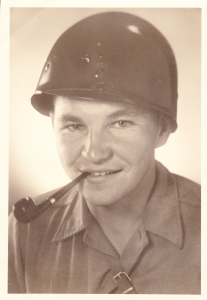 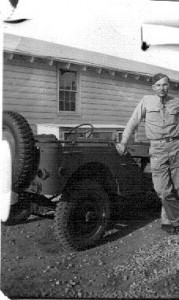