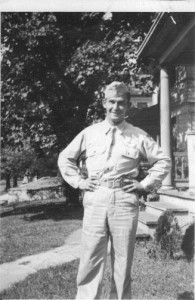 In honor of my father SGT Philip C. Frappier who served in WWII for three years. He served as a radio operator with 1346th AAF Base Unit, Bengal Wing, India China Division. During his India-China tour he flew the “hump” many times and he was involved in at least three crash landings when the landing gears of the plane did not lower. He served 100 missions. He served in the Bismarck Archipelago and India Burma campaigns and received the following Decorations: Distinguished Flying Cross; Distinguished Unit Badge, Victory Medal, American Theater ribbon, Asiatic Pacific Theater Ribbon with two Bronze Stars, Good Conduct Ribbon, Air Medal with one Oak Leaf Cluster; Military Qualifications-AA Air Crew Member Badge.