Joseph S. Corapi, Sr. loved his country.  He served in the United States military as a combat photographer in WWII, receiving a Bronze Star, and also served in Korea. He was proud to have been a Sergeant in the Army.  As a combat photographer, he documented the war.  He never talked about his experiences serving during the wars. He once said if you were there and witnessed what he did you wouldn’t be able to talk about it either. He passed away on January 3, 2005.  He left his family his many medals, a letter he wrote to his brother during the war, and one role of personal photos taken during his time in the army that shows the human side of war. This gave his family a glimpse into the world he once lived in so long ago that words could not do justice. Joseph S. Corapi, Sr. is missed by his family. We are delighted to have the opportunity to honor him with a commemorative brick lining the Path of Remembrance.  We are also very touched to be able to share his soldier story to be told and preserved for his grandchildren and future generations. 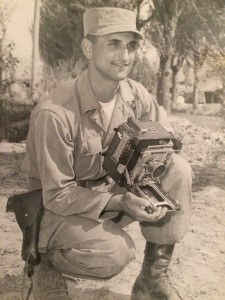