The Army Historical Foundation (AHF) debuted The Soldier Experience Series during Black History Month by providing an immersive look at the extensive service of African-Americans in World War I. The series of monthly-themed exhibits is designed as a prelude to the future National Museum of the United States Army which will showcase the extraordinary story of American Soldiers throughout the Army’s 241-year history. 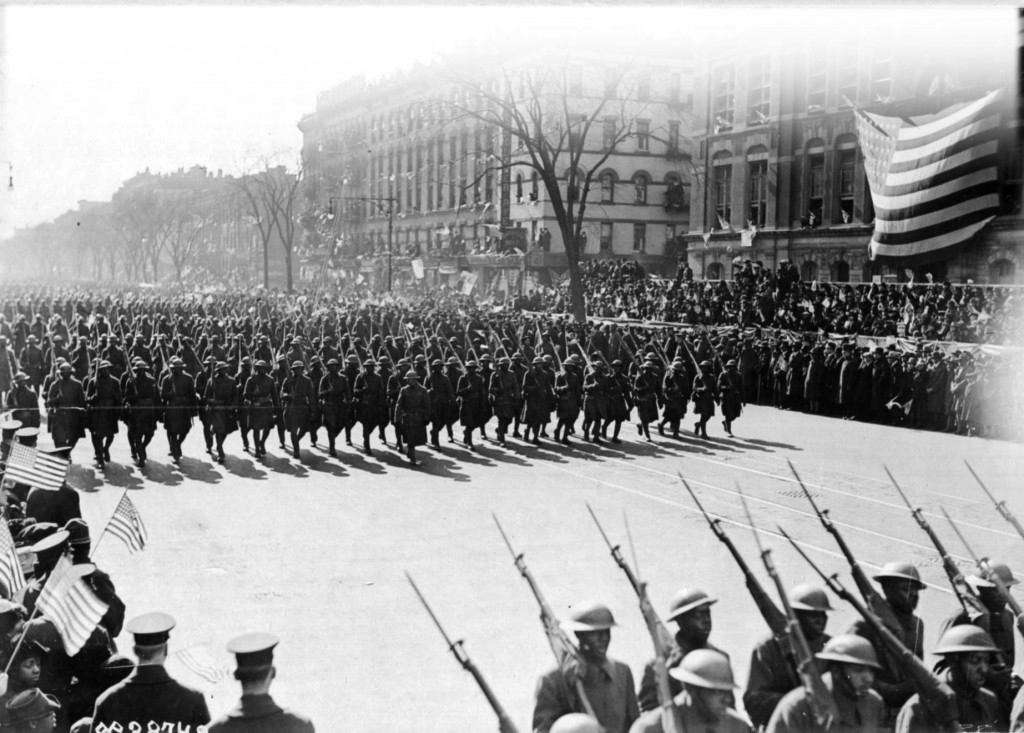 The exhibit, made possible by the Association of the United States Army (AUSA), was displayed in AUSA’s new Conference and Event Center located at 2425 Wilson Boulevard, Arlington, Va. A small reception was held to debut the event on February 18. The evening featured special guest speakers W. Douglas Fisher and Joann H. Buckley, authors of the book African American Doctors in World War I: The Lives of 104 Volunteers. A book signing followed the event. “The African-Americans in World War I Exhibit” was open to the general public on February 19, 22, and 23 from 9:00 AM to 5:00 PM.

As the first of The Soldier Experience Series, the exhibit chronicled the African-American experience during World War I, and included reference to of the evolution of African-Americans in the U.S. Army from the Revolutionary War through today.

When the United States declared war against Germany in April of 1917, War Department planners quickly realized that the standing Army of 126,000 men would not be enough to ensure victory overseas. The standard volunteer system proved to be inadequate in raising an Army, so on May 18, 1917, Congress passed the Selective Service Act requiring all male citizens between the ages of 21 and 31 to register for the draft.

Even before the act was passed, African-American males from all over the country eagerly joined the war effort. They viewed the conflict as an opportunity to prove their loyalty, patriotism, and worthiness for equal treatment in the United States.

Visitors to the exhibit were be able to explore a variety of World War I artifacts ranging from a Hotchkiss Machine Gun and an M1917 Helmet to a personal bible. As the centennial celebration of America’s participation in World War I approaches, this exhibit afforded Army enthusiasts and the general public with an opportunity to familiarize themselves with this critical time in Army and American history.

The next in The Soldier Experience Series will be in March in honor Women’s History Month and will feature the history of female Soldiers.