Bob Baker, a Korean War veteran and a successful San Diego, Calif. businessman who credits his service in the U.S. Army and his entrepreneurial spirit to providing direction and drive to his adult life, recently pledged his support to the National Museum of the United States Army.

Baker enlisted in 1950 and deployed to the battlefields of Korea with the 187th Airborne Regimental Combat Team in 1953. He was then transferred to the 15th Infantry Regiment, 3rd Infantry Division. While in Korea he went on 26 patrols. Recalling his service in his book, “Against All Odds: The Robert H. Baker Story,” Baker wrote, “I was always one of the first to volunteer for these night actions and quickly got myself the reputation as a man who loved combat so much he was never willing to miss an opportunity to smear on the blackface and go out into the night for whatever adventure awaited.”

A formative episode of his Korean War service was the battle at Outpost Harry that occurred June 10 to June 18, 1953 (see page 5). The outpost was a strategic position and when the Chinese attacked, U.S. forces were told to “hold at all costs.” Baker ended his Army service in December 1953 and received the Bronze Star with V device for his actions in Korea. 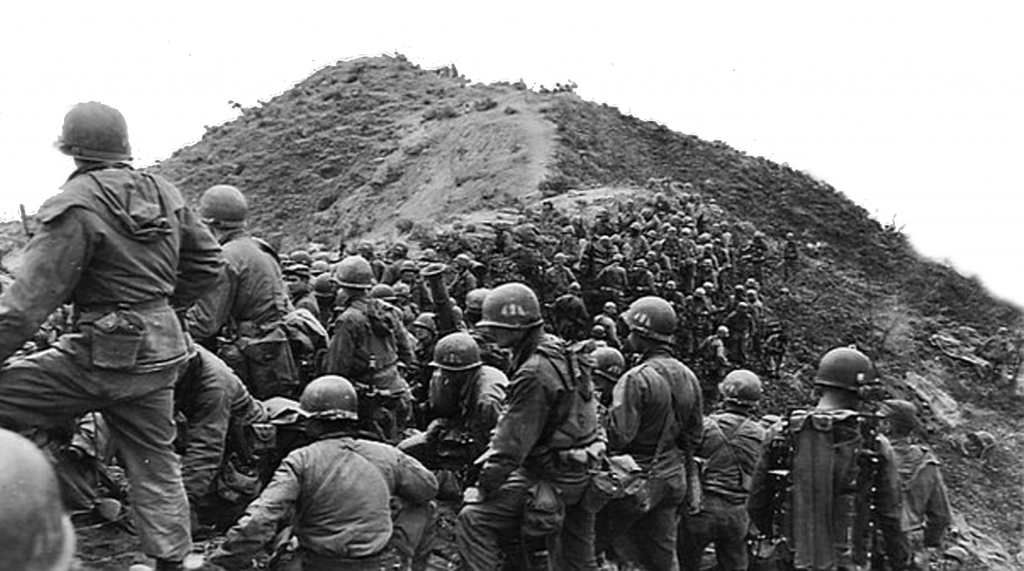 Baker believes that his experience during this horrific battle, as well as his service overall, motivated him to become the successful businessman he is today. Baker has also carried with him a passion for preserving Army history and for remembering his fellow Soldiers. Recognizing that the full story of Outpost Harry is often overlooked in historical accounts of the Korean War, Baker felt compelled to write his book and he also produced a 90-minute documentary chronicling the battle, entitled “Hold at All Costs.”

Upon hearing about The Army Historical Foundation and their charge to build The National Army Museum, Baker recognized the natural fit for his personal and philanthropic endeavors. “I believe it is our duty to make sure that the service and bravery of each individual Soldier is not lost to history and the National Army Museum will be a fitting tribute to the Soldier’s story.”

Much like his efforts to share the story of Outpost Harry with the general public, Baker looks forward to the Museum sharing even more Army stories not readily known to Museum visitors.

“We are grateful to have such strong support from Mr. Baker,” acknowledged David Cotter, Director, Major Gifts. “As not only a prominent individual in the San Diego area, but an Army veteran who has lived out his personal commitment to this chapter in U.S. Army history, he is a great asset to the campaign to build the National Army Museum.”

The Battle for Outpost Harry

On the night of June 10, 1953, Chinese forces launched an attack on Outpost Harry, part of their last offensive of the war. With armistice discussions near a resolution, the attack has been referred to as the “forgotten battle of the forgotten war.” However, the fight for the outpost, which U.S. troops had orders to “hold at all costs,” is described to be as brutal as the trench warfare of World War I. 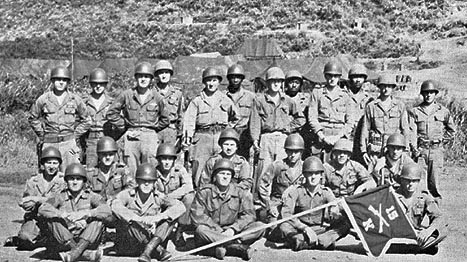 Outpost Harry was located within the “Iron Triangle,” an area about 60 miles north of Seoul. Its specific importance was due to it being along the most direct route to the South Korean capital. If the post was lost, the entire U.S. Eighth Army would have been forced back at least 6 miles.

Elements of the U.S. 3rd Infantry Division guarded the post. The Chinese began their assault on the post on June 10 with just one company. The attack quickly grew as the Chinese sent two battalions into action. The initial assault resulted in Chinese forces reaching the post and engaging in hand to hand combat with U.S. forces.

Reinforcements allowed the U.S. troops to push the Chinese back. However, counterattacks followed counterattacks throughout the night. American forces still held the post on the morning of June 11th. Back and forth assaults continued until the enemy withdrew on June 18th.

The 3rd Division estimated the Chinese suffered 4,200 casualties. K Company, 15th Infantry Regiment, received a Distinguished Unit Citation for its resolute defense of the outpost and Sergeant Ola L. Mize, of K Company, was awarded the Medal of Honor for his heroic actions.