ARLINGTON, Va. – The Army Historical Foundation (AHF) moved closer toward construction of the National Museum of the United States Army at Fort Belvoir, Va., thanks to continuing individual donations, gifts of stock, foundation grants, and corporate contributions totaling $10.7 million in 2016.

The annual total includes recent million dollar gifts from Honeywell, L3 Communications, and the Pritzker Military Museum and Library, advancing the $200 million Capital Campaign to $139 million raised to date in cash and pledges.

“We appreciate and are mindful of the trust and confidence that our loyal and generous supporters have placed in us in this long-overdue tribute to our Army and its Soldiers and their families,” said AHF Chairman General Gordon R. Sullivan (USA-Ret.).  “Our mid-September groundbreaking was a key milestone in our campaign, and it has generated momentum in three areas–public awareness, fundraising, and site preparation toward construction.  Our job now is to sustain that momentum on all three fronts to ensure the Museum’s doors open in 2019, and we’re intent on making that happen.”

According to Sullivan, progress to date can be attributed to the coordinated efforts of AHF, the Army Museum staff at Fort Belvoir, and Department of the Army officials in managing the complex process of project construction, from negotiating a 50-year ground lease to meeting environmental requirements, and from site preparation to bringing in electrical, water and gas utilities.

“Now that we have all these and other moving parts underway, controlling construction costs, keeping the project on schedule, accelerating our fundraising efforts, and making sure Museum supporters are kept abreast of progress are AHF’s priorities,” Sullivan said. Sullivan’s vision extends beyond the Museum’s opening date, which he considers completion of “phase one” of the project.

“We’re talking about nearly 400 years of Army history here, and not all of it will or can be seen when we open in 2019,” Sullivan added. “Over time, though, I foresee expansion of the galleries, exploitation of apps and other maturing IT prototypes, and other appropriate additions to the Museum complex that will require continuing fundraising to ensure the Army’s comprehensive story is properly told.

“I think we have our arms around the ‘here and now,’ but we also must set the conditions for growth and give smart thought to creating the Museum’s future phases. That includes advancing our virtual ‘Museum without Walls’ concept to create a world class educational platform linked technologically with the entire Army Museum Enterprise as well as the Army Heritage and Education Center (AHEC) at Carlisle Barracks, Pa.” 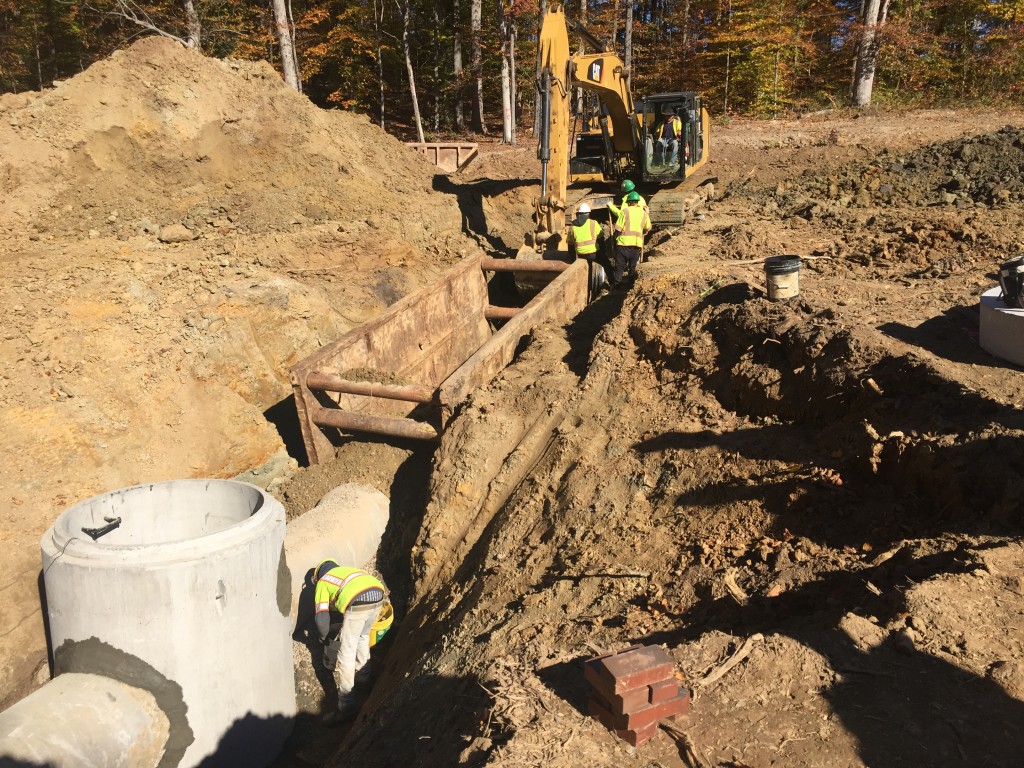 Since the groundbreaking ceremony, crews from the U.S. Army Corps of Engineers, Shirley Contracting Company, LLC, and AHF’s partner, Scott-Long Construction have mobilized at the site and begun the work that paves the way for the Clark Construction Group to build the future Museum beginning in the next few months.

Initial activities have included land clearing and stump removal, installing erosion and sediment control measures to allow leveling of the future roadways, and installing a utilities infrastructure that will support the Museum. The main entrance to the Museum is also being prepared to provide future Museum visitors direct access from the Fairfax County Parkway.

The National Army Museum will be the only museum to tell the complete history of the U.S. Army, and is expected to welcome an estimated 500,000 to 700,000 visitors annually. The future national landmark will be located at Fort Belvoir on over 80 acres that will be publicly accessible once the Museum opens. The outside areas of the Museum campus will include a memorial garden, amphitheater, parade ground, and Army trail.

Approximately 185,000 square feet of space will feature exhibits showcasing selections from among over 630,000 artifacts, documents, and images from the Army Museum Enterprise’s which also includes more than 15,000 works of art in the U.S. Center for Military History’s Army Art Collection. The vast majority of these rare and priceless artifacts and pieces of art have never been seen by the American people.

A series of chronological and thematic galleries will show visitors what it means to be a Soldier in times of both war and peace. The three main galleries will be Soldiers’ Stories, Fighting for the Nation, and Army and Society. The six sub-galleries within Fighting for the Nation will each cover a different period in the Army’s history starting with the Colonial period and ending with the most recent wars in Iraq and Afghanistan. Interior and exterior space will also accommodate ceremonies, reenactments, lectures, educational programs, conferences, and reunions.

To schedule an interview with General Sullivan or a member of the Army Historical Foundation staff, or for additional information, please contact Dave Fabian at dave.fabian@armyhistory.org or call 703-562-4162.

The Army Historical Foundation establishes, assists, and promotes programs and projects which preserve the history of the American Soldier and promote public understanding of and appreciation for the contributions by all components of the U.S. Army and its members. The Foundation serves as the Army’s official fundraising entity for the Capital Campaign for the National Museum of the United States Army.  The Museum will be constructed at Fort Belvoir, Va., to honor the service and sacrifice of all American Soldiers who have served since the Army’s inception in 1775.  For more information about the Foundation, the National Museum of the United States Army, and the Registry of the American Soldier, visit www.armyhistory.org.