The holidays are upon us and that means it’s the season for gift giving! The new National Museum of the United States Army (NMUSA) Online Store launched this fall to ensure that the Army veterans and military history buffs on your list get the perfect gift. “The new store is filled with Museum and Army-related products for the whole family,” remarked Kerri Kline, Army Historical Foundation (AHF) Chief of Operations. “We are excited to have the Online Store up and running to give people another glimpse at what the Museum will offer when it opens.” The store will be running a variety of promotions through the end of the year for the holidays. There is also a gift idea feature for those who need some inspiration! Among the most popular items are AHF favorites—the Foundation’s annual ornament and the National Museum of the United States Army 2018 Calendar.

This year’s ornament, the ninth in the collection, features the artwork of MSG Peter G. Varisano (USA-Ret.). The Varisano Soldier image, American Hero (Saudi Arabia 1991), is a watercolor on paper. Varisano served on the U.S. Army Art team that was called upon to document Operation Desert Shield in the Persian Gulf. 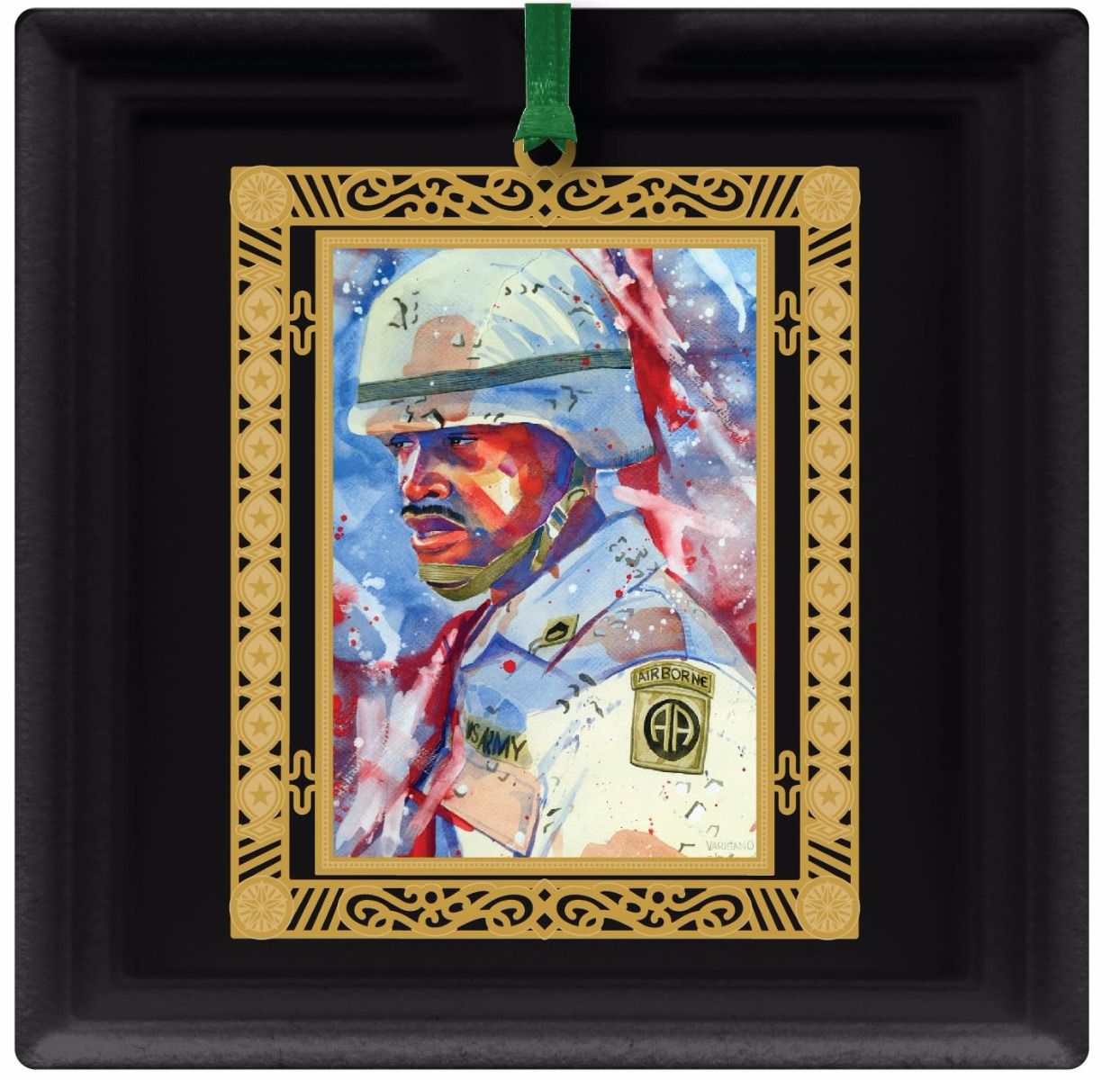 The reverse, in addition to showing the NMUSA logo, includes the quote, “It doesn’t take a hero to order men into battle. It takes a hero to be one of those men who goes into battle.” The quote is attributed to General H. Norman Schwarzkopf, Jr., who, as Commander, United States Central Command, led the international coalition forces that defeated the Iraqi Army and liberated Kuwait in 1991.

The National Museum of the United States Army 2018 Calendar features pieces from the U.S. Army Center of Military History’s Army Art Collection. From the collection’s approximately 16,000 Soldier artists’ paintings and sketches, fourteen were chosen to be featured in the 2018 Calendar. All the pieces of artwork correlate with Army historical events and dates to give the calendar its historical focus. Throughout the calendar, Soldiers who experienced in some way what is depicted in the artwork are also featured to add a personal connection to each subject. The men and women who appear throughout the calendar are selected from those currently enrolled in the Foundation’s Registry of the American Soldier.

Both of these items and many more are available in the NMUSA Online Store. Visit shop.armyhistory.org to start shopping today!