Changing World, the final gallery within the National Museum of the United States Army’s Fighting for the Nation Galleries, will be an artifact-, audio/visual-, and information- intense gallery that covers the most dynamic and global periods of U.S. Army history. Beginning with the end of the Cold War, the gallery will focus on the changing landscape of war in the modern era and the complex nature of America’s “Long War,” addressing combat in this new age of terrorism. 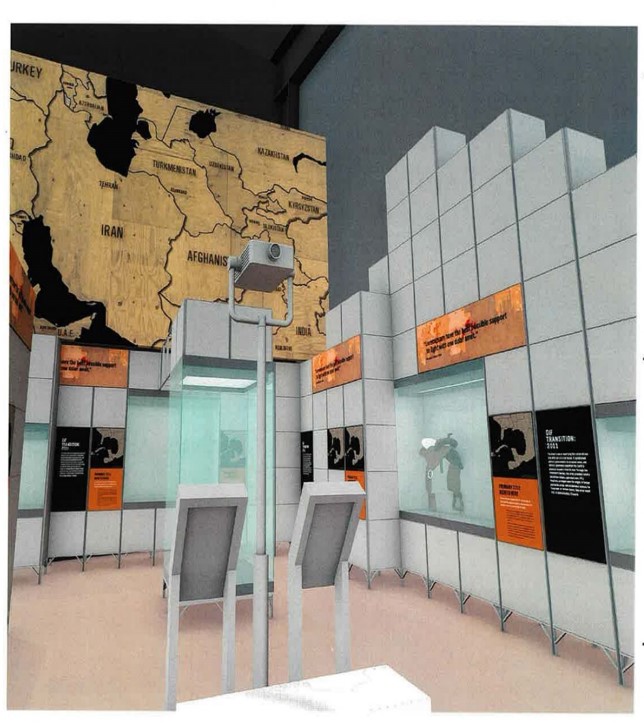 Exhibits located within the gallery include, “Army Through 9/11,” “Afghanistan,” “Warfare in a New Century,” “Iraq,” and “Today’s Army.” Each exhibit features a multitude of topics. Recognizing the constantly changing issues and enemies facing the modern day Army, these exhibit will offer visitors a look into the life of Soldiers today. Artifacts will give the visitor an appreciation of the combat load carried by a Soldier, the importance of technology on the modern battlefield, and the immense effort involved in deploying a unit overseas.

The M3 Bradley Cavalry Fighting Vehicle will be a focal point in the gallery’s exploration of the Army’s presence in the Persian Gulf. The vehicle led the way from Kuwait into Baghdad in 2003, and epitomized the role of the mounted scout on the modern battlefield. The fighting vehicle artifact is among the four macro artifacts that were pre-positioned at the Museum construction site in the summer of 2017. 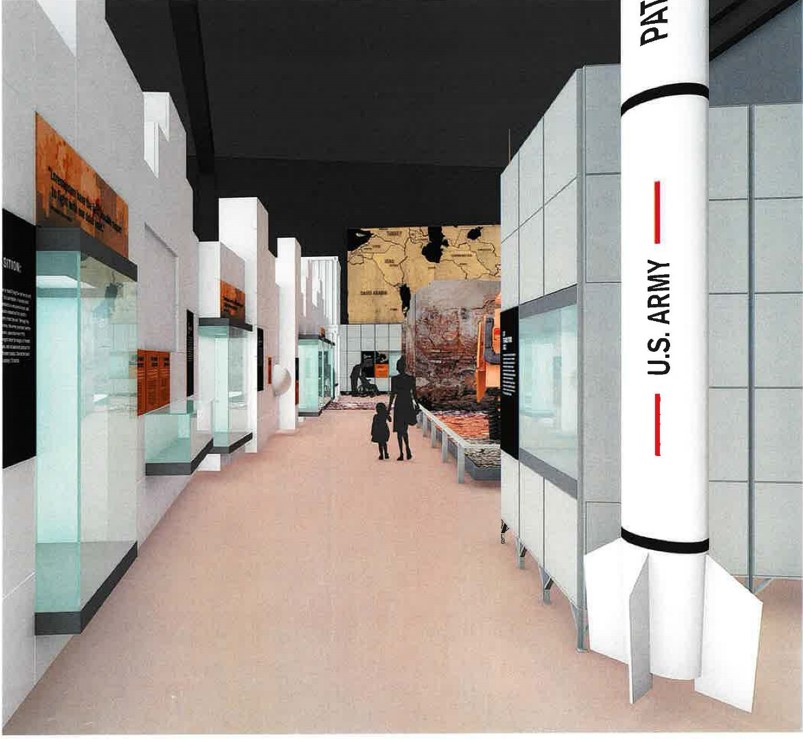 The audio/visual presentations will portray the dangers of a constantly evolving battlefield and situational awareness required to operate in a complex world. A Battle History Introduction and Interactive will encourage visitors to explore the Global War on Terror. Soldiers’ stories will highlight the fighting in Afghanistan and Iraq. Information tables and maps will increase visitor understanding of the global nature of the Army’s mission through graphics and presentations.

Visitors will leave the Changing World Gallery with a broad understanding of the complex nature of combat for the Army today. 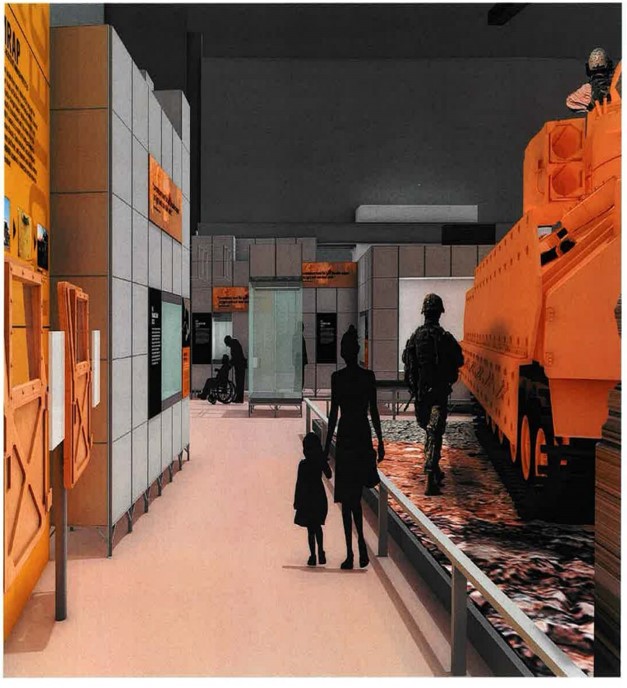