The Museum, located on 84 publicly accessible acres of Fort Belvoir, is scheduled to be completed in 2019. Its 186,000 square feet will showcase hundreds of the Army’s 30,000 artifacts, documents and images never before seen by the American public, and many of the 15,000 pieces of Soldier artwork from the Army Art Collection. The Museum is expected to attract 500,000 to 700,000 visitors annually.

A series of chronological and thematic galleries will depict what Soldiers do in times of both war and peace.

The outside areas of the Museum campus will include a memorial garden, amphitheater, parade ground, and Army trail. Outdoor space is being planned to accommodate ceremonies, reenactments, lectures, educational programs, conferences and reunions. 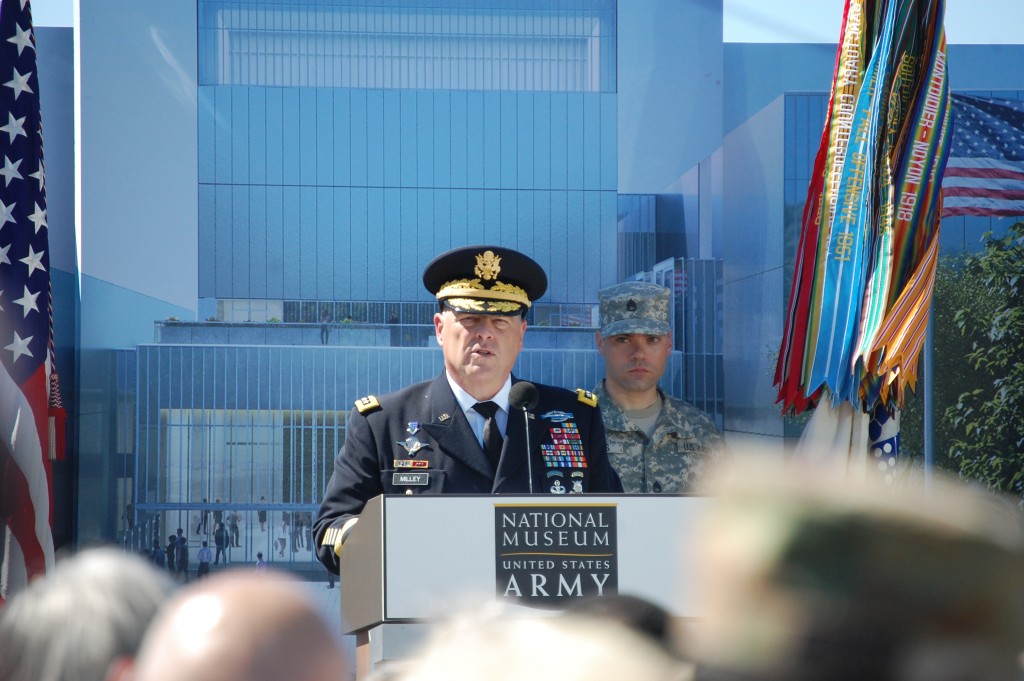 “This Museum is going to offer everyone—all Americans, free of charge—an experience that you cannot find in the pages of a history book or on Google,” said General Mark Milley, Army Chief of Staff.

Milley noted that although you can Google a lot about American and Army history, you can never really connect the two “unless you can see the weapons they [Soldiers] used, the uniforms they wore, the stories they told, the letters they wrote, the equipment that kept them alive—and understand how the Army prepared for and fought in war and conflicts around the world.”

Milley added that the Museum will remind the public of what it means to be a Soldier, what it means to serve with incredible pride, and also convey “the cost and the pain of the sacrifice of war, not in dollars, but in lives.”

The ceremony also included brief remarks by family members of three of the Soldiers who will be featured in the Museum—1LT Ashley White-Stumpf, SSG Donald “Dutch” Hoffman, and BG Leo Brooks, Sr.

In his welcoming comments, former Army Chief of Staff General Gordon Sullivan (USA-Ret.) said the Museum is meant to “tell the comprehensive history of the Army as it finally deserves to be told, including all components of the Army as well as the Continental Army, which existed even before birth of the United States.” 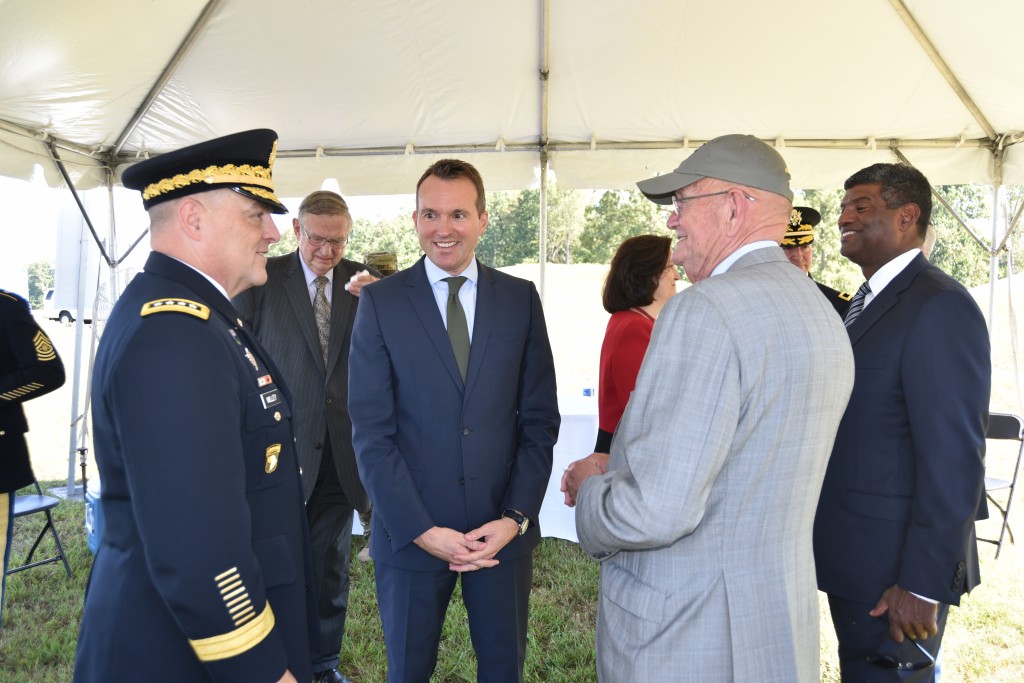 Before leading Fanning, Milley, Hartzog, Assistant Secretary of the Army (Installations, Environment and Energy) Katherine Hammack, and Sergeant Major of the Army Daniel Dailey to join him in turning the first shovels full of ground to signal the inevitability of the Army’s future national landmark, Sullivan thanked the scores of corporations, foundations, and more than 146,000 individual donors who have supported the project to date.

Sullivan concluded, “The campaign isn’t over yet. We still have a way to go, but I want to add my deep personal thanks to those of you who have got us to this significant milestone. . . . This Museum is going to be a very special landmark and an American treasure that you can take pride in helping to create.”