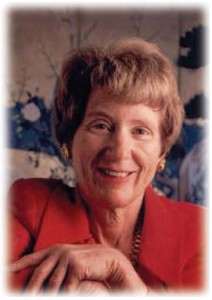 The Diana Davis Spencer Foundation recently made a $100,000 grant to the National Museum of the United States Army, joining other foundations such as the Alaska-based Rasmuson Foundation in supporting the Capital Campaign.

Diana Davis Spencer, an education advocate and former journalist, has followed in her parents’ footsteps by continuing the foundation’s tradition of innovative grant making. The foundation promotes entrepreneurship and free enterprise by supporting the healthcare, art, environment, and education sectors. Additionally, the foundation provides grants in the fields of public policy, global initiatives, and national security.

Founded by Shelby Cullum Davis and named after his daughter Diana Davis Spencer, the foundation is located in Bethesda, MD. Davis’ wife Kathryn served as the Chairman of the Board until her passing in 2013 at age 106. Diana Davis Spencer currently serves as President, and her daughter, Abby S. Moffat, is its Vice President and Chief Operating Officer in their continuation of Shelby’s philanthropic legacy.

“We greatly appreciate the generosity of the Diana Davis Spencer Foundation,” said Army Historical Foundation’s Executive Director, BG Creighton W. Abrams, Jr. (USA-Ret.) “The support of this local foundation speaks to the importance this Museum will have regionally as well as nationally, and we are especially pleased that the leadership of the foundation has made this commitment in recognition of the vital role the U.S. Army has played in areas ranging from education to national security.”