Cracker Barrel Old Country Store, Inc. and the Cracker Barrel Foundation, based in Lebanon, Tenn., recently awarded a $120,000 grant to the National Museum of the United States Army to sponsor the “Army Family Covenant” feature within the Army and Society Gallery. 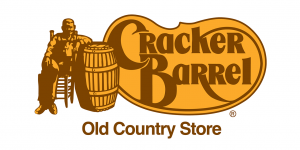 The “Army Family Covenant” feature will be the centerpiece of the “Nation Supporting the Army” exhibit, where visitors will learn about the Army family, Army posts, home-front support, and the support civilians provide the Army and its Soldiers. The display also will show the covenant’s emphasis on improving Army family readiness and recognizing the commitment and sacrifices of Soldiers and their families.

Adjacent to the covenant is the “Army Family Tree” which will allow visitors to trace the relationship of one Soldier to his or her Army family in a seemingly exponential growth of support all the way to his or her community and nation. By emphasizing the important relationships between Soldiers, their families, and their communities, this gallery will honor sacrifices made beyond the battlefield.

Former Campaign Executive Director, MG John P. Herrling (USA-Ret.), who enjoyed getting to know Ms. Cochran through her untiring efforts as an AHF board member, noted his appreciation for Cracker Barrel’s contribution. “I’m sure Sandy’s background as an Army brat, Army wife, and Army officer played into the decision to sponsor this Army family feature. Sponsoring the “Army Family Covenant” is a fitting tribute to Cracker Barrel’s ongoing support of servicemembers and their families,” Herrling said, “and to educating future Museum visitors on the important relationship between Soldiers and their civilian communities.”