CACI International Inc, an American multinational professional services and information technology company that has proudly supported the mission of the U.S. Army for over fifty years, recently pledged $500,000 to support the National Museum of the United States Army (NMUSA) project.

Through this contribution, CACI will sponsor the “Revolutionary War Battle History” exhibit, part of the National Army Museum’s Founding the Nation Gallery. The exhibit will provide visitors with details of the many battles fought along the Atlantic seaboard during the American Revolution. 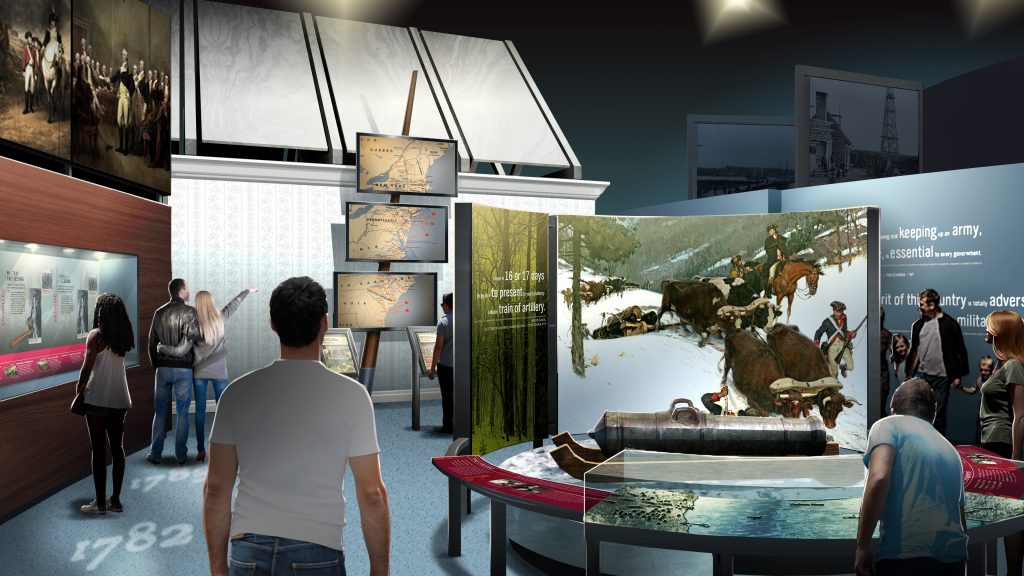 Dr. J. Phillip London, CACI’s Executive Chairman and Chairman of the Board, noted, “It’s a privilege for me, along with CACI, to sponsor the ‘Revolutionary War Battle History’ exhibit at the National Museum of the U.S. Army.” A veteran of the U.S. Navy and long-time supporter of various U.S. military organizations, London continued, “It’s especially meaningful to me since one of my ancestors—Pvt. John H. Burnett (Amherst County, Va.) of the 10th Virginia Regiment of Foot—served with Washington’s Army and died at Valley Forge in 1778.” London, whose relatives have served in every war from the Revolutionary War to wars to date, added, “CACI and I are proud to honor the sacrifices of these early American heroes who founded our nation.”

“We are grateful for CACI’s continued support of the Army and welcome its appreciation for the preservation of Army history for generations to come,” remarked General Gordon R. Sullivan (USA-Ret.), Chairman of the Army Historical Foundation (AHF). “Dr. London’s ancestral connection with a Revolutionary War veteran who sacrificed his life to ensure our liberty highlights just one of the many ways this Museum will resonate with visitors.”

CACI’s contribution of $500,000 places the company in the Museum’s Four-Star Circle of Distinction.