The National Museum of the United States Army (NMUSA) Commemorative Brick program has reached another major milestone—installation on the Museum campus. Production of the bricks began in 2017, and the first finished batch of the over 7,500 bricks purchased to date has been delivered to the Museum site at Fort Belvoir, Va. As of September, the bricks officially take their place along the Path of Remembrance to “Pave the Way for Army History.” 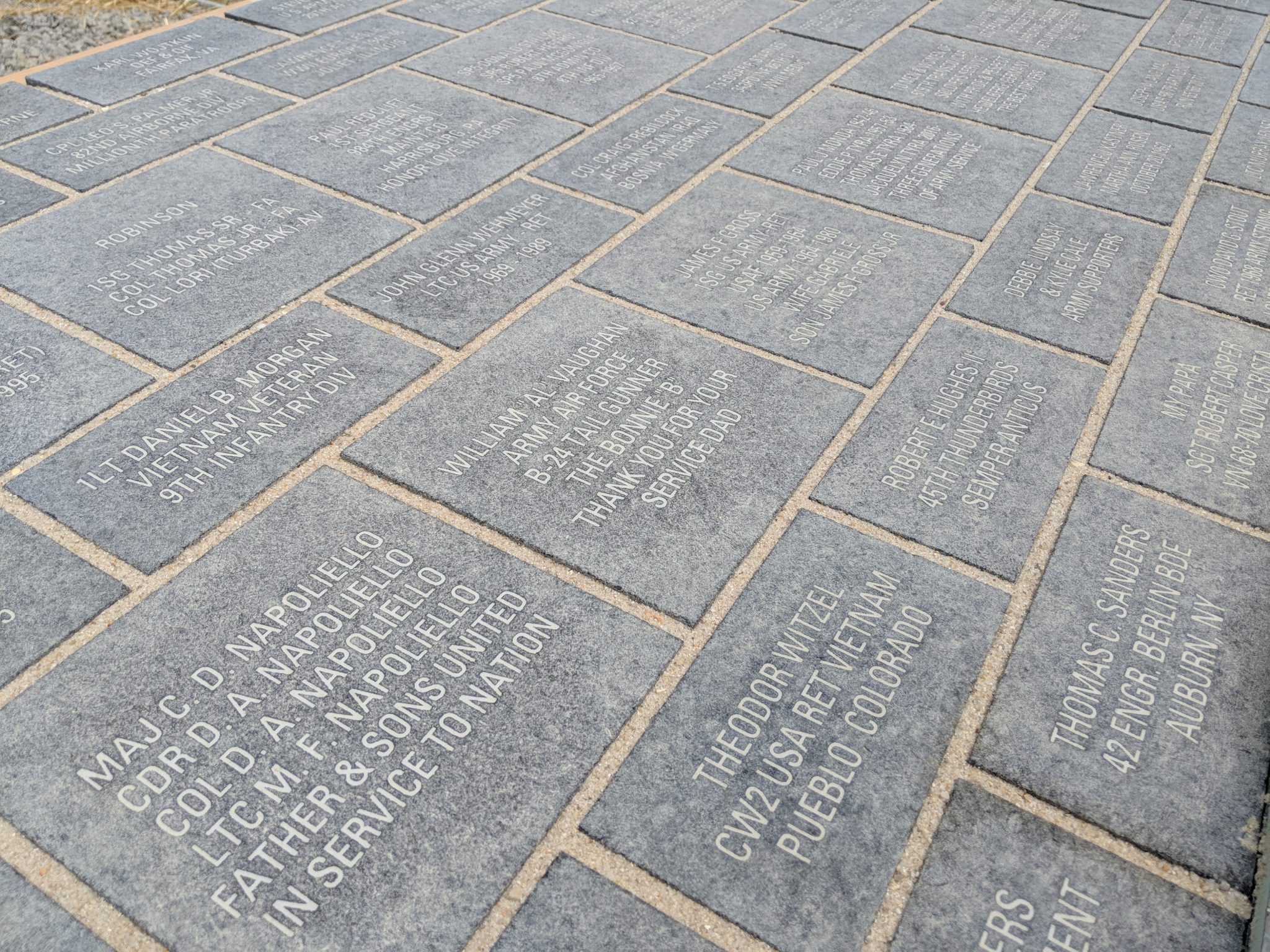 Emily Larson, an engineer at Clark Construction Group, LLC, explained the location of the first bricks: “There will be a band of bricks that runs north to south along the Promenade, which is the area just east of the parking lots. People will see the bricks as they walk from the north end of the site to the south towards the Museum.” According to Larson, the high quality American-made granite bricks are laid by hand moving from south to north along the Promenade.

Larson expressed her appreciation for working on this part of the Museum project. “After the mock-up [for the installation] was put together I sat and read all the bricks that were used and even though I didn’t know anyone, it still gave me chills. Some bricks are simple with just the name, date, and locations but others have little tidbits of information that trigger great conversations with people,” Larson said. “The whole team at Clark decided to get our own bricks and we are all very excited to see them installed and remain part of the Museum.”

“Reaching this exciting point in the Brick program has highlighted the joint-effort nature of the project,” noted Kathleen Holt, Army Historical Foundation’s (AHF’s) Associate Director, Donor and Member Programs. “AHF, Clark Construction and Fund Raisers Sports, the company tasked with inscribing the bricks, have all played an important role in making these bricks a permanent feature of the Museum campus,” Holt continued.

Bond Hilliard, Director of Partnership Development and Services, Fund Raisers Sports/Fund Raisers, Ltd., explained, “We have been moved, humbled, and inspired by the outpour of stories of courage and bravery displayed by our nation’s heroes, and to be a part of this project that exalts and honors their sacrifices with such depth has been truly special. We are thrilled to watch the Museum and the commemorative bricks come to life and look forward to seeing these tributes to America’s history on full display.”

“Of course, the Brick program would not be the success it is without the many Museum supporters who have purchased bricks to honor the Soldiers, Army units, Army families, Department of Army civilians, and Museum and Army supporters in their lives,” concluded Holt. “Everyone connected to the Army Museum project has an important story to tell and these bricks are one of the ways we will ensure that these stories are preserved for future generations.”