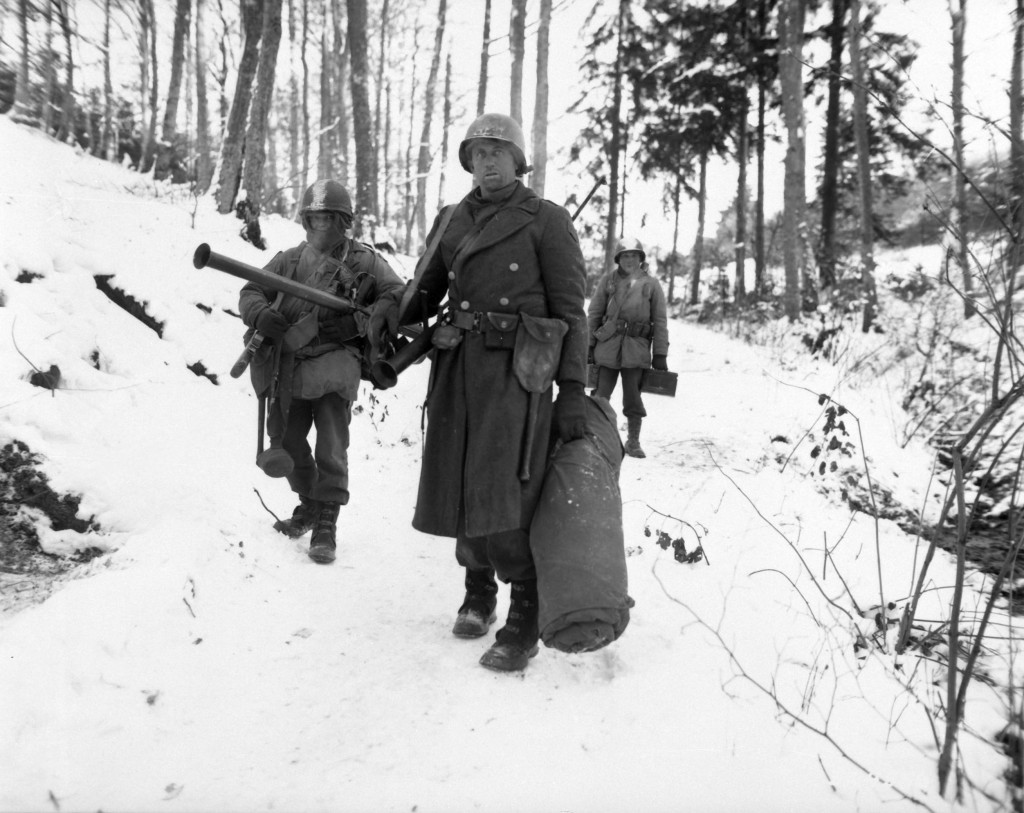 It was the bloodiest battle fought by the United States in World War II resulting in 19,000 killed and another 89,000 injured.

Michael E. Ruane of The Washington Post marks the anniversary with his article “In 1944 Battle of the Bulge, Albert Darago, then 19, took on a German tank by himself.”

Seventy years ago, Darago, now 89, crept down a long, open hill with a loaded bazooka, figuring that he was going to die. He peeked over the top of a hedge and, at a distance of a few yards, fired at a German tank, disabling it.

He then scampered back up the hill under heavy fire. “We were in open territory,” he said. “You didn’t need a sharpshooter. Anybody with a gun could have killed us.”

For most of the green troops, “it was the first Christmas they’d been away from home,” said retired Brig. Gen. Creighton W. Abrams Jr., whose father commanded a tank battalion in the battle. “And there they were fighting to liberate Europe.”