The Army War College (AWC) Class of 1976, collectively members of the Capital Campaign’s Lexington & Concord Society at the Patriot Associate level, recently completed a five-month, $25,000 fundraising campaign to sponsor one of the ten alcoves in the National Museum of the United States Army’s Veterans’ Hall. 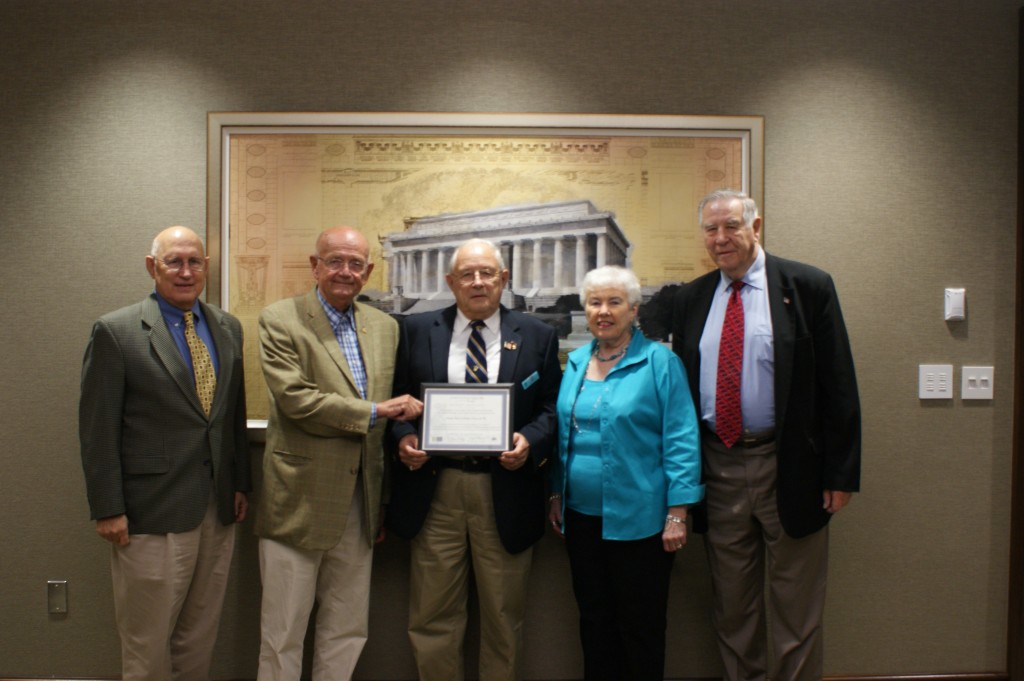 According to Colonel Jack King (USA-Ret.), the leader of the effort, having been designated the Bicentennial Class, or Unity Class, has symbolically bonded members of the AWC Class of ’76 with the patriot Soldiers who fought at Lexington and Concord during the American Revolution. King said, “We’re just a bunch of 80-year-old ex-GIs, their wives, and widows who want to leave a lasting tribute to the Army and its traditions that we love.”

King also explained that since 2016 marks the 40th anniversary of the Class of ’76’s graduation, members decided a donation to the Museum would be an appropriate way to commemorate their legacy. “We wanted a tribute that would be permanent, visible, and offer a convenient travel destination,” King noted. Because attending the 40th reunion celebration was not feasible for many of the remaining class members, their gift to the Museum allowed for more people to participate in the commemoration.

Jenna Truax, AHF Manager for Marketing and Donor Programs, reported. “The support from this group has been phenomenal. To be the first group to collectively sponsor an alcove is impressive. To do so 40 years after graduating shows a tremendous bond among these men. It also conveys an appreciation for their forebears who fought at Lexington and Concord.”

The Class of ’76’s designated alcove will feature a plaque reading:

To learn more about the Lexington & Concord Society and remaining sponsorship opportunities for its individual and group members, visit https://armyhistory.org/seat-naming-opportunities/ or contact Jenna Truax at jenna.truax@armyhistory.org or (703) 879-0010.