The Merrifield Community Association Foundation (MCAF), based in Fairfax, Va., has become a Silver Oak Leaf Cluster member of the National Museum of the United States Army’s Veterans’ Hall by raising the prerequisite $25,000. 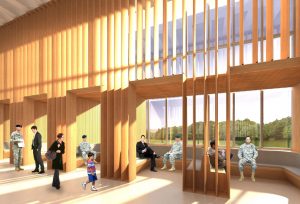 MCAF Board of Directors first learned about the National Army Museum project from one of its board members, Colonel Ralph Thompson (USA-Ret.), who served in the Army for thirty years and has been a part of MCAF for many years.

“As a community organization, we make annual donations to local charitable organizations that provide important services to the citizens of our area.  We also like to support special projects that we feel are especially meaningful to us as members of the community,” explained Kevin Warhurst, MCAF President.  “When we first heard of the National Army Museum, we quickly decided to support it.” 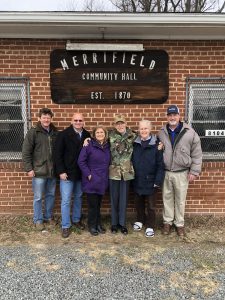 MCAF’s gifts to the Museum have been made in honor of Army veterans who were also important to their organization.  Most recently, Ralph Thompson was recognized. Previous gifts were given in the names of World War II veterans Sloan Knecht, who served in the Pacific Theater of Operations, and Blackwell Hawthorne, who was a prisoner of war.

“It’s great to have the support of organizations in the Fairfax county area,” remarked Beth Schultz Seaman, Army Historical Foundation’s Director of Grassroots Development.  “The Museum will be a national landmark, but it’s also an addition to an already vibrant cultural area. MCAF’s support shows how communities— large and small— can work together to honor the service of our country’s Soldiers.”

Warhurst added, “The U.S. Army has played such an important role throughout our country’s history, and we’re happy to support this Museum that will educate the public on the past, present and future of the Army.”

For more information on the Veterans’ Hall and its membership opportunities, contact Beth Schultz Seaman at (703) 879-0006 or beth.schultz@armyhistory.org.