Major General Russ Fuhrman (USA-Ret.), Chairman of the Army Historical Foundation’s (AHF’s) Construction Committee, recently reported that extensive  progress has been made at the Museum construction site since Clark Construction, the Shirley Contracting Company LLC, and the Army Corps of Engineers were given the notice to proceed with site preparation and construction thirteen months ago.

“The Corps’ work on the site prep has progressed smoothly and on schedule as expected.  Construction-wise, the Museum’s exterior walls and roof are up and waterproofed, and tradesmen have begun hanging the more than one million pounds of stainless steel needed to envelop the 185,000 square-foot structure.  By September, doors will be added to make the Museum fully watertight, meaning that the climate can be controlled and interior finish work can begin,” Fuhrman said.

According to Charles Clatterbuck, Clark Construction’s Senior Project Manager, the building’s mechanical, electrical, and plumbing systems continue testing, and late last month workers were able to temporarily condition the interior cooling and heating airflow so construction of the interior can soon begin.  The different trades will then be able to go about their work installing fire suppression piping, drywall, and flooring. 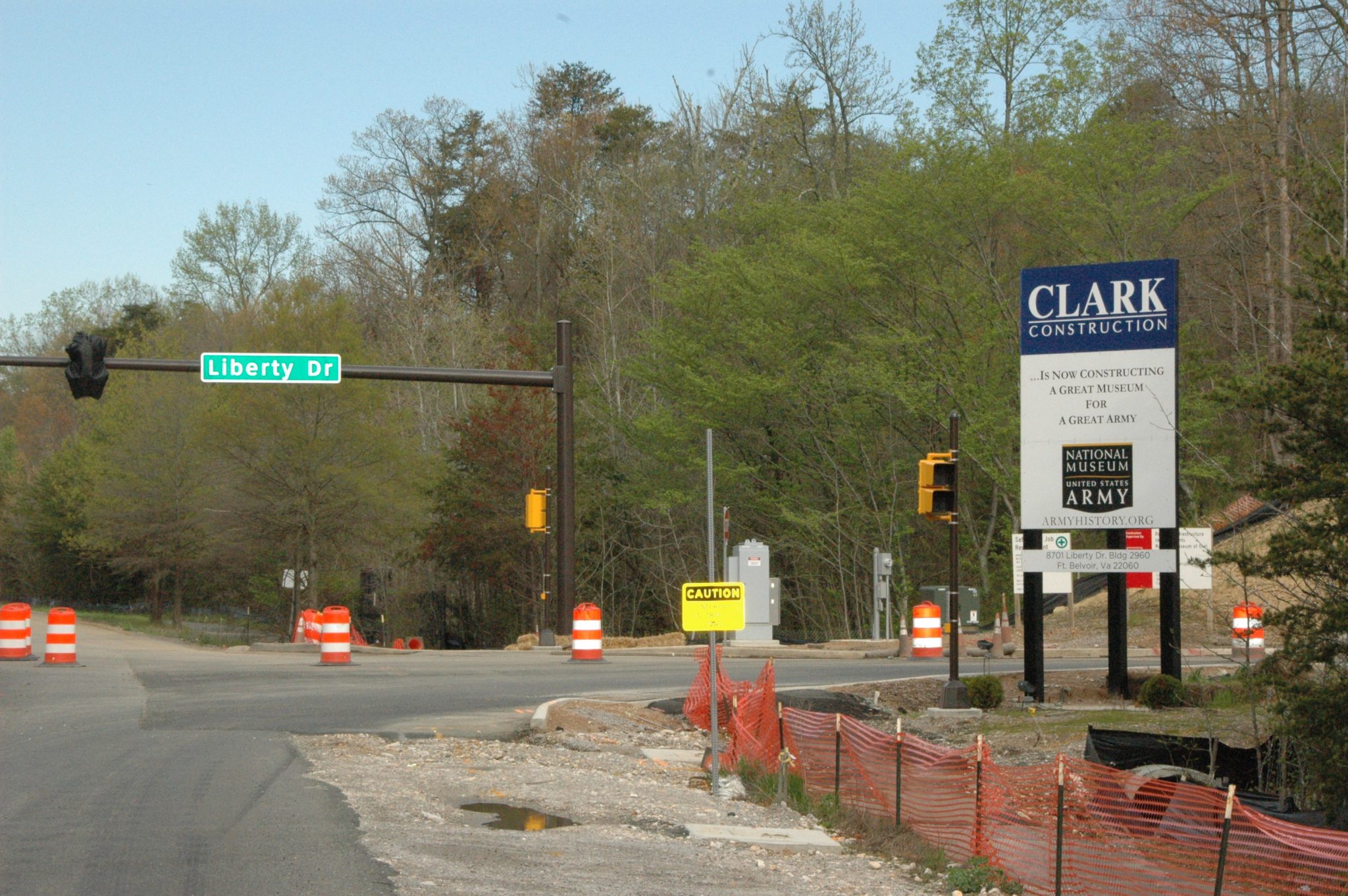 Meanwhile, mock-ups of certain Museum elements have been created for review and approval, including the glass campaign streamers sponsored by members of AHF’s The 1814 Society for the Lobby’s ceiling, a proposed commemorative brick display for the promenade, and a sample restroom. The twenty-foot-tall mock-up of the Museum’s building envelope is still being used to assess coping and durability of areas where the stainless steel meets the roofline.

“We’ve progressed to the point where the Museum now has an official address—8701 Liberty Drive,” said Lieutenant General Roger Schultz (USA-Ret.), AHF’s President. “The building was assessed at approximately 65 percent complete as of May 1, 2018, and Clark Construction’s estimated completion date for the Museum building is in early April 2019. Meanwhile, Tammy Call, Director of the Museum, will continue to oversee completion of fabrication and installation of the exhibits.  Once that’s done, the Army will announce the Museum’s official opening date,” Schultz added.

Schultz also reported that the Shirley Contracting Company has paved Liberty Drive with a base coat of asphalt up to the parking lots and to the Service Drive located at the loading docks of the Museum.  He said Shirley expects to complete their contracted work later this summer.