Over 100 Army Historical Foundation (AHF) members and their guests attended the 2016 Annual Member’s Meeting at the Association of the United States Army (AUSA) Conference and Event Center in Arlington, Va., on June 16.  The theme of the event was “Celebrating the Army Birthday through On Point.” 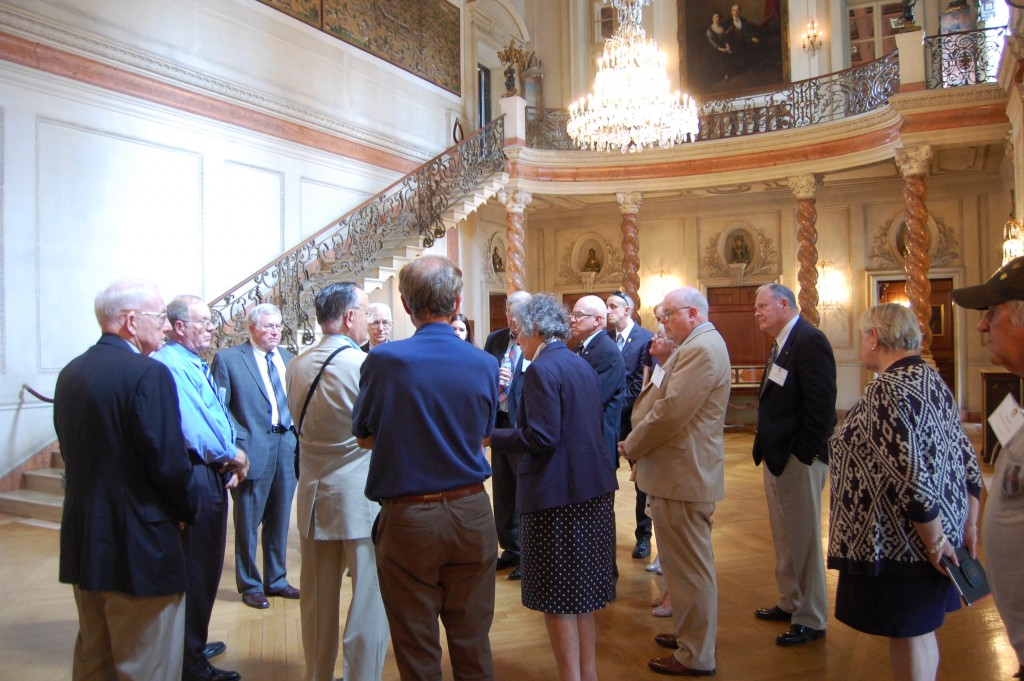 The evening’s activities began with an optional tour of the Anderson House–the Headquarters for the Society of Cincinnati–in downtown Washington, DC.  The Society is the oldest private patriotic organization in the United States.  The organization is dedicated to promoting scholarly and popular interest in the history of the American Revolution.

Following the tour, guests enjoyed a cocktail hour in the newly renovated AUSA Conference and Event Center.  A number of interactive stations were set up throughout the reception area.  These included a photobooth that put visitors’ images on On Point covers and a larger interactive screen that allowed visitors to explore Army history through various On Point articles published over the years.

LTG Roger C. Schultz (USA-Ret.), AHF President, welcomed the guests to begin the formal meeting.  He took a moment to remember Howard Bushman who had died on May 28, 2016.

Guests were then treated to a performance by the West Point Alumni Glee Club.  The group performed a number of patriotic and Army songs.  The crowd joined in on the more familiar ones with clapping and singing. 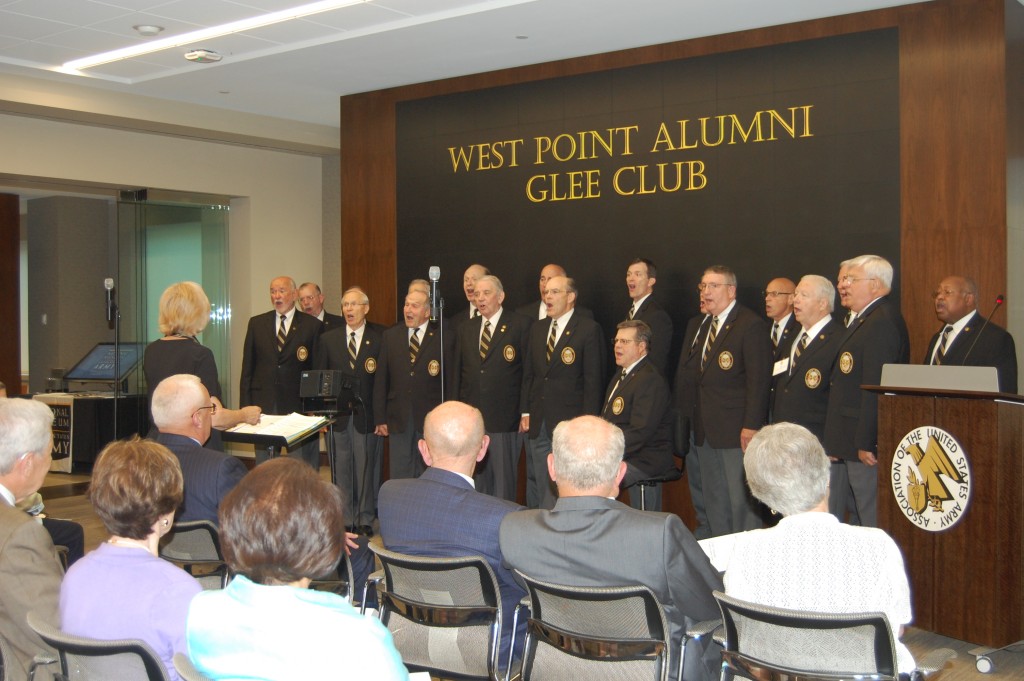 Following the lively performance, GEN Gordon Sullivan (USA-Ret.), Chairman of AHF’s Board of Directors, also remembered the life of Howard Bushman and announced that the meeting would be dedicated in his honor.  Sullivan then gave a presentation updating attendees on AHF and the Army Museum project.  He also spoke about the various events that have happened throughout the year, including the The Soldier Experience Series, the Spring Staff Ride of the Appomattox Campaign, then announced this year’s Writing Awards and Museum Excellence Award.

Sullivan concluded by introducing the guest speaker for the evening, BG Hal Nelson (USA-Ret.), former Army Chief of Military History.  Nelson told the history of the Museum project from its inception, explaining just how far the project has come.  Nelson called attention to COL Ray Bluhm (USA-Ret), noting, “Ray Bluhm has really made this project what it is.”

According to Nelson AUSA has always been in AHF’s corner to get the Museum built.  He concluded, “We came from humble beginnings but with your help and support we can see a bright future ahead.”

BG Creighton W. Abrams, Jr. (USA-Ret.), AHF Executive Director, closed the event by presenting Nelson with the Foundation’s 2016 President’s Award.  Abrams thanked Nelson for being “a leader in the fight to turn the idea of the Army Museum into a reality.”