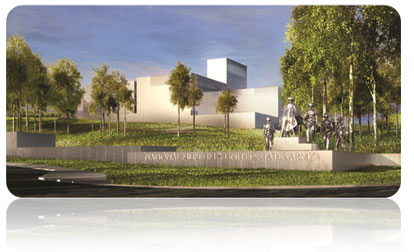 The Army Historical Foundation, one of the nation’s most respected organizations for preserving and promoting the Army’s history, also serves as the official fundraising entity for the National Museum of the United States Army.

The Army Historical Foundation (AHF) was established in 1983 as a member-based, publicly supported 501(c)(3) nonprofit organization dedicated to preserving the history and the heritage of the American Soldier. Under a Memorandum of Agreement with the Department of the Army and signed in September 2000, The Army Historical Foundation was designated the official fundraising entity for the National Museum of the United States Army and is responsible for administering the Capital Campaign. 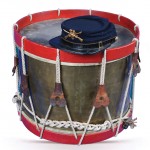 The National Museum of the United States Army will celebrate the selfless service and sacrifice of over 30 million men and women who have worn the Army uniform since 1775. The Museum will be a technological marvel incorporating the latest advances in Museum exhibitions while providing advanced educational opportunities that will capture the attention of visitors, old and young. As the Army’s national landmark, the Museum will honor the American Soldier; past, present, and future, and will provide an interactive educational experience explaining the Army’s role in creating and defending our nation, as well as the Army’s social initiatives and contributions to society for more than 200 years. The Museum will also provide one special and central place where Soldiers and Army veterans and their families can reflect, remember, and enjoy the enduring spirit of Army camaraderie.

The National Army Museum will be located on 40 acres on the grounds of beautiful Fort Belvoir, Va., less than 30 minutes south of our nation’s capital in Washington, D.C. The main building will be approximately 175,000 square feet and display selections from 16,000 pieces from the Army Art Collection and 50,000 artifacts, documents, and images. The vast majority of these rare and priceless artifacts have never been seen by the American people. Outside this facility will be a park with a memorial garden and parade ground. Space is being planned to accommodate ceremonies, reenactments, lectures, educational programs, conferences and reunions. The Museum will welcome an estimated 750,000 visitors every year.

Preserve the Heritage … Educate the Future

The Army Historical Foundation is dedicated to preserving the history and heritage of the American Soldier.
In addition to supporting the Museum’s Capital Campaign, AHF funding helps refurbish historical Army buildings, acquire and conserve Army historical art and artifacts, support Army history educational programs, research, and publication of historical materials on the American Soldier, and provide support and counsel to private and governmental organizations committed to the same goals as the Foundation. The Foundation maintains a Distinguished Writing Awards Program, conducts staff rides to historic battlefields, and responds to over 600 public inquiries each year.

The Foundation has published two of the most engaging and authoritative books ever produced on Army History, U.S. Army: A Complete History and The Army.

The Foundation also publishes a quarterly magazine, On Point: The Journal of Army History, featuring articles on Army history, book reviews, and more.