The National Museum of the United States Army recently received a very unique order for 178 personalized bricks and none of the honorees were personally related. What was the connection? Vietnam.

LTG Bill Reno (USA-Ret.) had been considering a donation to the National Army Museum when reading an article about the Museum’s Brick Program. The article explained that the bricks provide an opportunity to recognize Soldiers, Army units, Army families, Department of the Army civilians, and Museum and Army supporters. When he asked himself, “who should be recognized?” he immediately thought of B Company, 4th Engineer Battalion, 4th Infantry Division, the unit he commanded as a captain in Vietnam’s Central Highlands in October 1967. His company provided direct support to the 2nd Brigade with engineer squads accompanying each infantry company in the field.

The Army Historical Foundation (AHF) worked with Reno to develop a list of his Soldiers to be honored on the commemorative bricks. Matthew Seelinger, AHF’s Chief Historian, found the company roster, but it was missing names of the officers. “Unfortunately, as sometimes happens, the National Archives’ S1 records for that battalion, at that time in Vietnam, were missing,” explained Seelinger. “I’m now working with the folks at the National Personnel Records Center in
St. Louis to complete the list.”

One Soldier’s name was at the front of Reno’s memory, 1st Sgt. Nathaniel Dozier. Dozier was the senior enlisted leader of B Company who set the example and tone for the junior NCOs and Soldiers. Reno explained that the NCOs were the key leaders for the engineering squads partnering with the infantry companies. “Dozier” he said, “was very hands-on and his outstanding leadership ensured a very competent NCO corps.”

Many of his Soldiers were young and served for a short period of time, and Reno felt they were not always recognized in a way commensurate with their contributions. “Our time in Vietnam was critical and an important time in the lives of these young men,” he recalled. “I believe that a young private contributes, in his own way, as much as a general.”
Reno hopes that Museum visitors who see the bricks honoring B Company will reflect on this group of Soldiers who served. “I also hope those who can do so, will join the Campaign for the National Army Museum and ensure that Soldiers are recognized for their enormous contributions,” he added.

“I’ve known LTG Reno for some time and he’s always been thoughtful of Soldiers,” said COL Dave Fabian (USA-Ret.), AHF’s Chief of Staff, who also served with the 4th Infantry Division in Vietnam. “It doesn’t surprise me a bit that after almost 50 years, he’d reflect back to his days as a captain and think enough of the Soldiers in his company and decide to remember and honor them for their wartime service and sacrifices.”

For more information on the Army Museum Brick Program, contact Kerri Kline at 703-879-0008 or email Kerri.Kline@armyhistory.org. 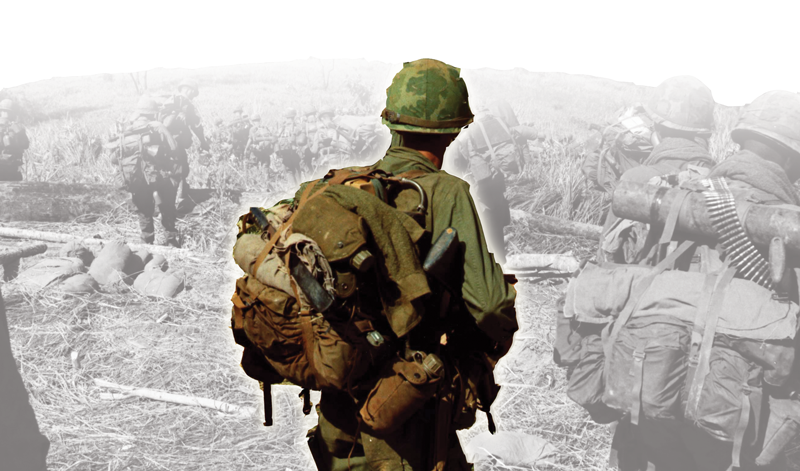